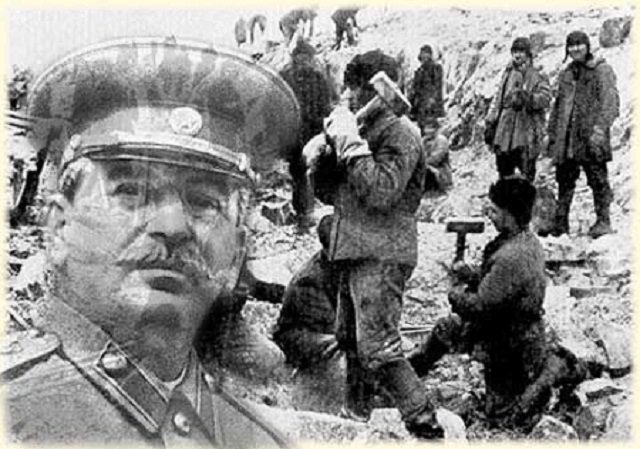 Putin Wants to Return to the Stalinist Era

Russian officials are closing the U.N. human rights office in Moscow, an outcome the U.N.’s top human rights official had feared amid concerns about a government crackdown on public debate in Russia. In effect, Putin wants to return to the Stalinist era.

The Russian diplomatic mission in Geneva has confirmed a report from Russia’s RIA Novosti news agency, saying a decision was made to end the OHCHR mission in Moscow.

Ambassador Alexey Borodavkin was quoted as saying the office had already helped to create human rights institutions in Russia and “we do not see anything extraordinary” in its closing.

On Thursday, U.N. rights chief Zeid Raad al-Hussein expressed concern about “signals” that Russia might force the closing of the office.

The New York Times published an article that demonstrated a deliberate attempt at washing Stalin crimes by the Putin regime:

Polls show a gradual improvement in perceptions of Stalin, who led the Soviet Union from the late 1920s until his death in 1953. A survey released on March 1 by the Levada Center, a research organization based in Moscow, found that 40 percent of Russians thought the Stalin era brought “more good than bad,” up from 27 percent in 2012. In an annual Levada survey published in January 2015, a majority of Russians (52 percent) said Stalin “probably” or “definitely” played a positive role in the country.

In January, Human Rights Watch lamented a “sinister turn” last year to a Russian government crackdown on public debate. Human rights in Russia are no longer possible under the era of Putin who wants to return to the Stalinist era.

Putin Wants to Return to the Stalinist Era

Is Obama Providing Putin with Intelligence on Syrian Opposition Positions?
EU Answers Putin With the Panama Papers
McCain slams Russia: ‘Mr. Putin is not interested in being our partner’
Putin Terror 436 Syria News 1213