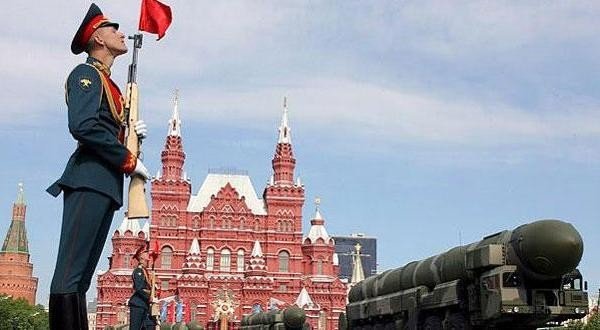 May 31, 2015 7:41 am 0
While Russia Occupies Syria, Putin Claims to Dialogue
How Putin Is Deliberately Empowering Islamic State in Syria
It Really Matters Little What Kerry Says or Putin Does

Is Putin abandoning Assad? The Asharq al-Awsat is reporting that according to Arab diplomatic sources Russia is abandoning the Assad regime.

Gulf and other high-level Western sources revealed that the Kremlin is beginning to turn its back on the Assad regime. Putin sees the regime collapsing and it is hedging its bet.

The sources explained that the change in the Russian position comes against the backdrop of Russian communications with the Gulf countries and its concerns over the repercussions of the economic sanctions imposed on Putin as a result of the war in Ukraine.

Syrian opposition sources have confirmed that the Russians have evacuated 100 of their senior staff, accompanied by their families, from Syria through the Lattakia Airport.

Some of the departing experts were working in the Damascus Chamber of Operations, which includes Russian, Iranian, and Hezbollah experts, noting that they were not replaced by any other personnel.

Furthermore, Moscow has reduced the number of its employees at its embassy in Damascus during the past three months to be limited to essential personnel only.

It also seems that Russia has refused to maintain the Syrian Sukhoi helicopters the regime uses to barrel bomb civilians, which necessitated a visit by the Syrian Minister of Defense, Fahd Jassem al-Freij, last month to Tehran to seek an alternative to Russia’s maintenance work.

Putin abandoning Assad seems to be the sensible thing to do for Russia to cut its losses..

Those Sukhoi helicopters dropped enough barrel bombs on Aleppo yesterday to kill 71 civilians, one of the bloodiest days for the besieged city. Putin abandoning Assad may have something to do with his reckless brutality.

There is no doubt that with the increased levels of violence and extreme Muslims filling the vacuum left by the Obama Administration when it refused to support the moderate Syrian opposition, Moscow has decided that its mounting losses in supporting the lost cause of Assad is coming to its end.

We should watch for accelerated diplomatic movements between Russia, the U.S., and Saudi Arabia in the next few weeks to determine where the wind is blowing next.

If the Assad regime falls, everyone can now concentrate on defeating ISIS.