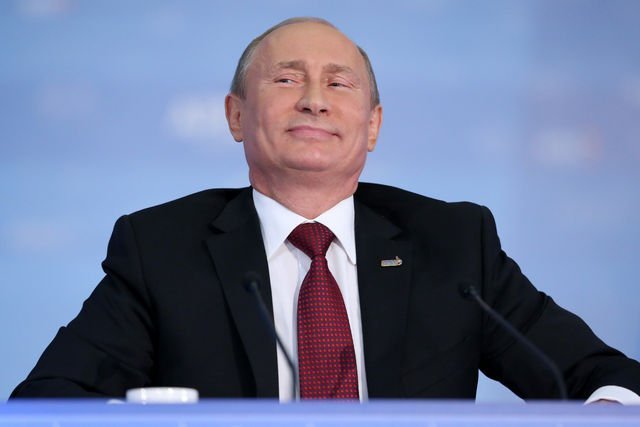 After Paris Attacks, Europe is at Putin’s Mercy

November 15, 2015 9:47 am 0
What Are 500 Shabiha Assad Army Doing in Europe?
80 Refugees Drowned in October Trying to Reach Europe
What Putin Is Achieving in Europe

At TFS, we believe the Paris attacks were masterminded by the psychopath Assad with full approval from Vladimir Putin who quickly installed the most advanced missile defense system in Latakia simultaneous to the Paris attacks just in case Europe grows some balls.

With Europe quite shocked from the Paris attacks, Europe finds itself at Putin’s mercy in every sense of the word. Any other EU country that has welcomed the Shabiha Assad army and ISIS infiltrators who posed as refugees is now at risk of becoming the target of Putin using a two-layered proxy terror system.

Not only will Europe quit calling for Assad to go, but Europe will not find solace or protection from NATO because of a feckless U.S. Administration who could care less about what might happen to Europe. With one mastermind stroke perpetrated by the psychopath Baschar al-Assad, his terror slave in Damascus, Putin has cornered Europe and placed the whole continent at his mercy for the foreseeable future.

This may explain why Vladimir Putin blazed his way through Syria by killing the moderate opposition instead of targeting ISIS Assad worked so hard at forging. This also explains why Putin was always reluctant to let go of the psychopath Assad whose capability to carry out extreme acts of terror come to him so easily and so comfortably.

Does anyone see Obama for the disaster that he is? He ignored ISIS when Assad forged it, and he ignored Putin when he invaded Syria to protect Assad. This is what happens when we elect a man we picked off the streets distributing leaflets and organizing neighborhoods.

Let us imagine some of the scenarios Putin might act out against Europe now that Assad has masterminded the Paris attacks to force Europe to its knees.

If Putin wants the economic sanctions that Europe levied against Russia for its invasion of Ukraine lifted, Putin would get his wish.

If Putin wants Europe to stop calling for Assad’s departure or his prosecution as a war criminal, Putin would get his wish.

If Putin wants Europe to gift Assad tens of billions of dollars to reconstruct Syria, Europe would oblige Putin rapidly.

If Putin wants to further invade or control Ukraine, Europe would turn a blind eye.

If Putin wants his monopoly over the gas delivered to Europe to remain intact, Europe would now scrap the Nabucco Turkish pipeline or the Qatar-Turkey pipeline concept for fear Assad may act again.

After the Paris Attacks, Europe is at Putin’s mercy. Europe is now Putin’s play-dough he can bend to his will.

How will the CIA respond will depend on the con man we elected in the White House. If Barack Obama has one ounce of self-respect, he would order the dismantlement of the Assad regime in any shape possible.

Assad has become the weapon of choice to bend the West to Putin’s will.

After Paris Attacks, Europe is at Putin’s Mercy