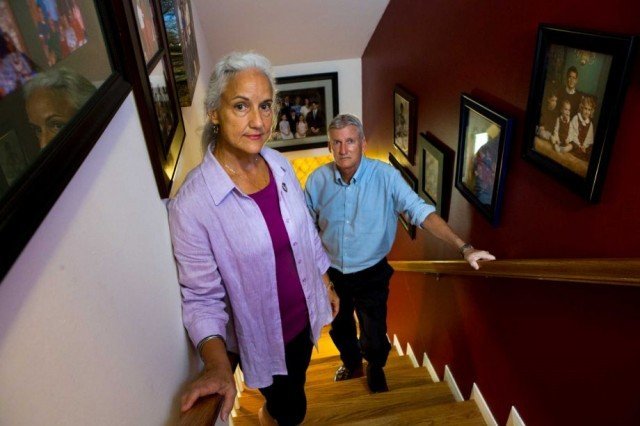 Only Obama Can Save Austin Tice

May 19, 2015 7:06 pm 0
In Syria’s War, Who Holds What Cards Against Whom
Obama GCC Summit: Who is Lying to Whom?
Empty Words Policy to Cover Bad Policy

Every one knows the Assad regime is holding Austin Tice.

The U.S. State Department has let everyone connected to Austin Tice know that to accuse Assad in the press would complicate any possible negotiations to have him released. Not even his mother pleading for his freedom is able to say the words ‘Assad’ and ‘Austin” in the same sentence.

Meanwhile, Austin languishes in jail unless the Assad regime killed him already.

Only Obama can save Austin Tice by taking a tough stand against Iran, which will surely free Tice if he is alive. Announce to the world that unless Tice is freed within 48 hours by Assad or his remains returned, or else Iran would be subjected to tighter sanctions immediately. Then sit back and watch magic happen.

No violent regime on this planet is willing to sacrifice billions for one lowly American journalist Assad is holding as an extortion tool to force Obama to open diplomatic relations with his regime. Assad is extorting the president in the first place because Obama has demonstrated shades of asininity when it comes to negotiations with rogue regimes.

Only Obama can save Austin Tice.

For Iran and Assad and every other regime of terror, Barack Obama and his diplomacy is a dream come true.

If the Tice family wants Austin returned, pressure Obama publicly to do his job by pressuring Assad and Iran to free him. Any other appeals would fall on deaf ears. Only Obama can save Austin Tice by pressuring Iran.

Do you really think Assad, who gasses his own people, cares about the appeals of a dispossessed mother? We feel for Debra Tice and hope to see Austin safe back home.

Only Obama Can Save Austin Tice, But He is Too Weak to Do It