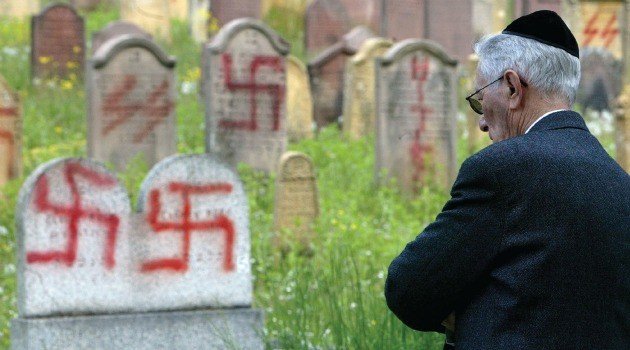 May 19, 2015 4:59 pm 0
What Use is Killing Bin Laden if Policy Grows Another 100?
When we elect an ignorant president
The danger Sisi faces from the Muslim Brotherhood

At RPS, we cannot recall any other time in the short history of our interaction with the general public, think tanks, and NGO’s ever seen such a flood of events where justifiable grievances of antisemitism are aired to draw the attention of the world to past dangerous era of hate.

Every other week or so, RPS gets in its email box one event or another, many with speakers coming from Europe or speaking in European events, where their Jewish communities express their deep concerns over what is going on. These events are triggered by actual events, incidents, beatings, and even killings of innocent Jews just because they are … Jews.

RPS has read articles, open letters, Op-Eds, Blogs, and essays from French, Belgium, Swedish, Austrian, British, Danish and American Jews all seeking refuge from a new era of antisemitism with no explanation or purpose. How would we, as Muslims, feel about someone beating our women in the streets simply for just wearing a Hijab in public? This is what is happening to Orthodox Jews just because they believe in their faith.

On May 8, EMET sponsored another entitled: The New Face of Anti-Semitism on College Campuses. This is American college campuses where far left professors seem oblivious to and even enjoy such a reputation.

Stop antisemitism. It has no place in modern history or in our humanity. Lessons of the past still linger in our books that burn our conscience and torment our soul. We must educate a younger and more ignorant generation of what it means to be hated. How extreme hate drives us to do inhumane things to each other. We can all see it today in the Assad regime and ISIS.

As Muslims, we must all stand against hate and support differences of opinions and free speech. The same far left propagating hate of Jews will also propagate hate of Islam one day. And if we are stupid enough to propagate antisemitism ourselves, then stop complaining when Islamophobia manifests itself. We are its cause.

Stop antisemitism today. It is unacceptable.