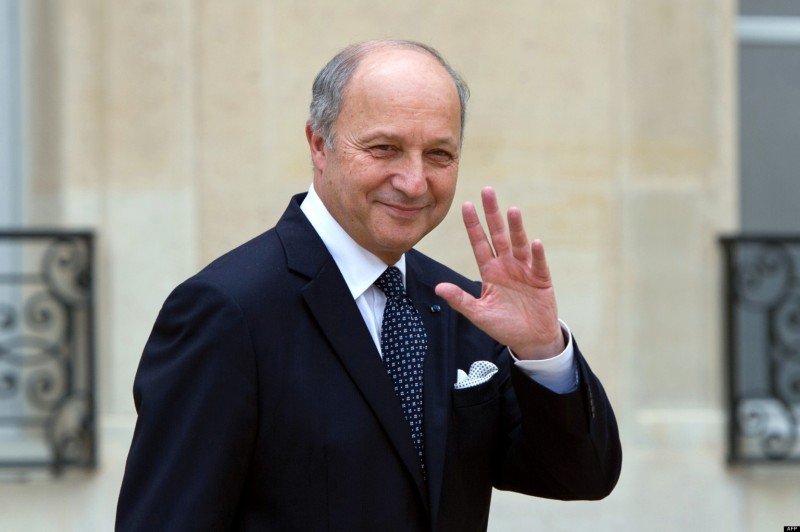 The Quai d’Orsay (the French Foreign Ministry) may loathe, on principle, Israel’s Prime Minister Benjamin Netanyahu: any briefing by French diplomats will, as a matter of course, explain how very wrong Israel is to alienate its “American ally.” All the same, France’s political stance on the projected U.S.-Iran deal is astonishingly close to that of the Israeli PM, as he outlined to the U.S. Congress on March 3.

Laurent Fabius — once François Mitterrand’s youngest Prime Minister; today’s François Hollande’s seasoned Foreign Minister — is “fed up with Barack Obama’s nuclear laxity” regarding Iran, a Quai senior diplomat told Le Canard Enchaîné’s usually well-informed Claude Angéli, who can be relied on to give the unvarnished French view on matters foreign. “Just as in 2013, France will oppose any agreement too favorable to Iran if this turns out to be necessary. Fabius made this very clear to John Kerry when they met on Saturday March 7th.”

This, Angéli points out, is far from the “soothing communiqué” issued at the end of the Kerry-Fabius meeting in which both men supposedly “shared” the same view of the Iran negotiations. The communiqué itself may have come as a surprise to a number of French MPs and Senators from their respective Foreign Affairs Committees. Fabius himself, in a meeting last week, made extremely clear his deep distrust (“contempt, really,” one MP says) of both John Kerry and Barack Obama. Another of the group quotes Fabius as saying: “The United States was really ready to sign just about anything with the Iranians,” before explaining that he himself had sent out, mid-February, a number of French ‘counter-proposals’ to the State Department and White House, in order to prevent an agreement too imbalanced in favor of Iran.

Le Canard Enchaîné (“The Manacled Mallard”) is France’s best-informed political gossip weekly. Long before the rest of the French press, away from General de Gaulle’s paralyzing shadow, started investigative reports of their own, Le Canard, using a contact network second to none, used to break scoops only rarely picked up by the rest of a servile media pack.

We owe it the story of conservative President Giscard d’Estaing’s ill-gotten gifts of diamonds (from Central Africa’s self-styled Emperor Bokassa). An equal-opportunity hitter, Le Canard also broke the story of the Socialist Mitterrand’s wiretaps of some 5,000 journalists and personalities, only stopping short of explaining why: Mitterrand wanted to hide from the public the existence of his mistress and their daughter Mazarine. Newer brash French tabloids have only very recently started to examine the private lives of politicians, and Le Canard still doesn’t care to do so. More recently, it revealed that the head of France’s Communist union CGT had his new luxury apartment entirely refurbished at the ailing union’s expense, complete with a home cinema: this cost him his job after an undignified couple of weeks of useless stonewalling.

So when Claude Angéli says that both Fabius and President François Hollande have told friends that they rely on “the support of the US Congress” to prevent Obama from giving in to Iran’s nuclear ambitions, it’s the kind of quote you can take to the bank. French leaders think the U.S. president is dangerously “naïve” on Iran’s ambitions, and that his notion of making Iran an “objective ally” in the war against ISIS, or even a partner, together with Putin’s Russia, to find a political solution to the Syrian crisis, is both far-fetched and amateurish.

The French are still smarting from the last-minute reprieve Obama granted Syria, as the French air force was about to bomb the Assad regime’s military positions back in 2013, because the U.S. President had been convinced by Russia that they had succeeded in making Syrian President Bashar al-Assad give up on the use of his chemical weapons. “Our Rafale fighters were about to scramble,” a French air force officer is quoted as saying; “Hollande was furious.”

When Laurent Fabius briefed members of the French parliament last week, he was, according to Angéli, quite precise, mentioning as conditions necessary in any agreement a “reconfiguration” of the Arak nuclear site, where Iran enriches the heavy water necessary to produce plutonium bombs, as well as a sharp limit to the number of Iranian centrifuges, and complete access to all nuclear sites for International Atomic Energy Agency (IAEA) inspections.

French diplomats are no angels, and they haven’t suddenly turned 180 degrees from their usual attitude of reflexive dislike toward Israel. They worry, however, that if Iran gets nuclear weapons, every other local Middle East power will want them. Among their worst nightmares is a situation in which Turkey, Egypt and Saudi Arabia join the Dr. Strangelove club. French diplomats may not like Israel, but they do not believe Israelis would use a nuclear device except in a truly Armageddon situation for Israel. As for Egypt, Saudi Arabia or Turkey going nuclear, however, they see terrifying possibilities: irresponsible leaders, or some ISIS-type terrorist outfit, could actually use them. In other words, even if they would never express it as clearly as that, they see Israelis as “like us,” but others potentially as madmen.