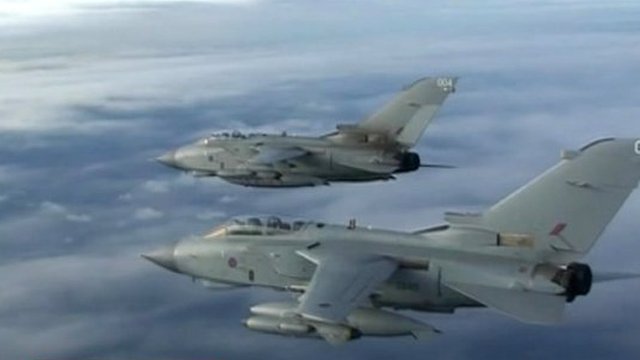 Only a no-fly zone can curb chemical attacks in Syria

Source: The Guardian – Hamish de Bretton-Gordon (Only a no-fly zone can curb chemical attacks in Syria)

Evidence I’ve seen convinces me that Assad’s regime has used chemical weapons against civilians. Stopping the helicopters that deliver them could save lives.

he figures from Syria are shocking; 300,000-plus dead, 500,000 missing, 5 million refugees, a generation getting little or no education and the international community apparently impotent in the face of it all. And to add to this, as I have found, the regime continues to use chemical weapons, despite the rulings of the UN, on an almost daily basis against unprotected and terrified civilians.

Chemical weapons first appeared in the Syrian conflict at Sheikh Maqsoud in March 2013, and that was when I first became involved in trying to collect evidence of their use. There are still some people who dispute that chemical weapons were or are used in Syria, and more who do not believe Assad is to blame. However, as an expert with 27 years’ experience in this field, having been to Syria a number of times and analysed samples from these attacks, I have no doubt that chemical weapons are being used, and that the Assad regime is responsible.

Samples from Sheikh Maqsoud and Saraqeb in May 2013 did eventually find their way to French and UK government laboratories and tested positive for the nerve agent sarin, with David Cameron saying as much in the summer of 2013. A major chemical attack occurred at Ghouta in Damascus on 21 August 2013, when 1,000kg of sarin were dropped, killing up to 1,500 people, mainly women and children. Many believe that Assad was on the point of defeat after fighting the rebels there for 18 months, and that he used chemical weapons as a last-ditch measure.

The Organisation for the Prohibition of Chemical Weapons (OPCW) investigated the episode and their report revealed a chemical attack had occurred, but it fell short of attributing blame. To me, however, it was clear that the regime was responsible. There is no way a rebel group could get hold of that amount of sarin and the rockets were fired from regime-controlled areas. The weather was perfect, about 17C with a light breeze away from regime areas, it was 3am so everyone was asleep, there was a preparatory bombardment to break windows and doors to help the gas into buildings and a post-attack bombardment to destroy evidence and kill first responders. This type of planning and execution was well beyond any rebel groups in the area at the time.

The UK parliament voted not to take military action after Ghouta and not to support Barack Obama’s plan for strategic strikes to take down Assad’s command and control capability and destroy key sites and chemical weapons facilities. The British vote unfortunately made Obama recalibrate. It is interesting to hear Ed Miliband, who wants to be the UK’s next prime minister, claim responsibility for this inaction as a demonstration of his gravitas and statesmanship. I, for one, believe it is the greatest strategic military mistake this century. It kept Assad in power – with the result that thousands more are dead and injured – and fuelled the rise of Islamic State. Had the attacks gone ahead as the US wanted, the ensuing situation would certainly not be worse than it is today, and at the other end of the scale the Assad regime could have fallen and IS stopped in its tracks. If Miliband does become prime minister, let’s hope he’s learnt from this episode – it also damaged Britain’s standing and influence in the world and our special relationship with the US.

After Ghouta and the removal of the regime’s declared stockpile by the OPCW, it used chemical weapons again in Talmenes and Kafr Zita in April 2014. I visited the region in that month and analysed samples from the attacks, which were from barrels dropped from helicopters. They tested positive for chlorine. I travelled in Syria in September 2014 teaching doctors and medics how to treat chlorine casualties and also how to avoid becoming victims themselves. And most recently, two weeks ago I went to test samples from the latest chemical weapons attacks – which also tested positive for chlorine and had been delivered by helicopters. Only the regime operates helicopters in Syria.

In my opinion, the only hope of stopping the chemical attacks in Syria is some sort of no-fly zone. But it has to be limited. A complete no-fly zone would be difficult for any coalition to police and would bring it into conflict with Syria and Iran who are also fighting IS with jets. However, a limited one should be achievable and is the only realistic action the UN could take in response to these continuing chemical attacks. In the past four months more than 90% of the chlorine attacks have been in Idlib province and even as Samantha Power and others briefed the UN security council earlier this month on the atrocities in Sarmin, chlorine barrel bombs were allegedly being dropped on Idlib. A limited no-fly zone over Idlib province, just for helicopters, which deliver the barrel bombs, would be of great help. There is no IS activity in this area, so the regime could not claim it would affect the battle against them, a fact which could convince Russians to abstain rather than veto the proposal. And in military terms, with the coalition command and control structure in place over Syria and Iraq to prosecute the air campaign against IS, this limited no-fly zone should be achievable.

Only a no-fly zone can curb chemical attacks in Syria

US should use radar to warn civilians of Syrian barrel bombs, group demands
Why Obama Won’t Help Syrian Children and Women?
Who Wants Assad to Survive on His Watch?
Assad Genocide 429