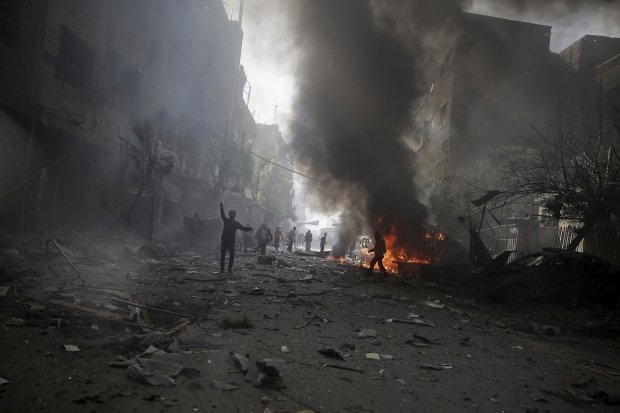 Obama said on the sidelines of a trade summit in Manila:

“I do not foresee a situation in which we can end the civil war in Syria while Assad remains in power.”

Assad’s fate has become a key stumbling block to peace in Syria and a point of contention between the West and Assad’s backers in Moscow and Tehran. The fact Assad has butchered hundreds of thousand of his own people seems to have been forgotten by most.

Russia, seeking to maintain its foothold in Syria, has strongly opposed Assad’s ouster.

But Obama insisted Syrians would not accept Assad staying in power, after a brutal civil war that has seen his regime carry out indiscriminate attacks on civilians. For once, Obama is right. Syrians would never accept Assad to remain in power under any conditions.

“Even if I said that was okay, I still don’t think it would actually work. You could not get the Syrian people — the majority of them — to agree to that kind of outcome.”

Ending the four year war in Syria has taken on increasing urgency as the Islamic State group has gained more and more territory, assets and recruits.

The militants are suspected of carrying out large-scale terror attacks in Paris, Beirut and the bombing of a Russian airliner, killing hundreds of civilians.