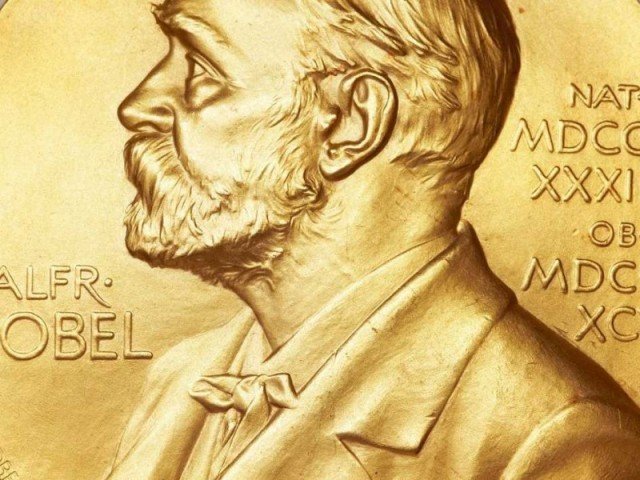 August 20, 2014 4:42 am 0
Striking ISIS and Assad
In The Middle East, Democracy is the Real Enemy
Coordination Between Obama and Putin Is in Perfect Sync

I heard a rumor the Nobel Committee in Oslo is considering adding a sixth category to its list of prestigious prizes it awards every year to persons of power and substance. The new Nobel Prize for Idiocy.

However, before I delve into this important aspect of the story, permit me to draw your attention to this news item “Syria’s Disarmament Mirage” published by the prestigious Wall Street Journal. The first part of the story reads:

It wasn’t long ago that President Obama boasted of getting Syria to surrender its chemical weapons without firing a shot. “It turned out that we are actually getting all the chemical weapons,” Mr. Obama told the New Yorker last November. “And nobody reports that anymore.”

But it turned out there was a good reason to hold the applause. On Monday the White House released a statement in the President’s name celebrating the destruction of Bashar Assad’s declared stocks of chemical weapons aboard the MV Cape Ray, a U.S. ship fitted with specialized hydrolysis systems that neutralize sarin and other deadly agents.

Then came the caveat. “We will watch closely to see that Syria fulfills its commitment to destroy its remaining declared chemical weapons production facilities,” the statement read. “In addition, serious questions remain with respect to the omissions and discrepancies in Syria’s declaration to the OPCW and about continued allegations of use.”

Admittedly, when we hear the Assad propaganda claim it delivered 100% of its chemicals and every news organization just prints it like Gospel, you have to go back to the source of that agreement in the first place. The source is John Kerry. He is the US Secretary of State who planted a reporter in his press conference to ask the right question that led to this agreement. Of course, he did so after getting a friendly nudge from his counterpart the Russian Foreign Minister Sergey Lavrov.

Hey, John, said Lavrov, would you like to come to Chuck E. Cheese with me?

Later, Sergey asked John “How do you say in America? Pull over wool eyes, Da?”

Never, not ever, and in no way should you believe anything that Damascus does, says, or claims. The regime survives because it deceives all the time and everyone. That includes who really killed James Foley.

Back to the Nobel Committee.

My good sources, mostly amongst the refugees in the Zaatari camp in Jordan, tell me the Committee wants to create the new Nobel Prize for Idiocy as a balance to its other awards because the Committee feels that some persons should not roam the corridors of power when they are ill equipped intellectually to handle that power.

Here are the last two paragraphs from the WSJ story that summarize well why we need the new Nobel Prize for Idiocy.

“We’re about to lose Aleppo and no one cares,” an FSA spokesman told the Journal last week. “We won’t be able to recover the revolution if this happens. And we’ll lose the moderates of Syria.”

In other words, no matter what happens to Syria’s chemical weapons, the country’s real weapons of mass destruction “the Assad regime and ISIS” have gained in their destructive power. Such has been the result of Mr. Obama’s abdication of global leadership, now cloaked as a triumph for disarmament.

Washington welcomes the new Nobel Prize for Idiocy and the Nobel Committee. We have drawn a list of potential awardees in power today we would like to propose. Can someone be awarded the Nobel Peace Prize and the Nobel Idiocy Prize simultaneously?