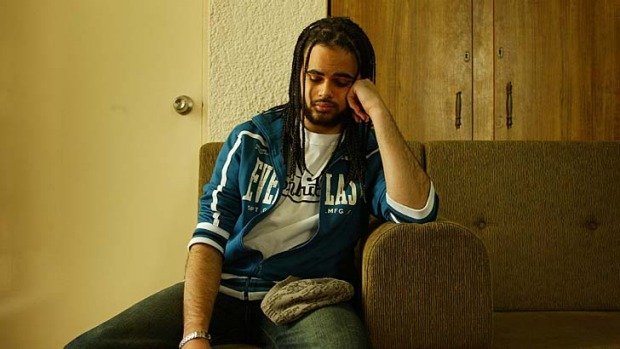 Muslims in Australia urged to rally for Syria

Source: The Sydney Morning Herald – by Rachel Olding (Muslims in Australia urged to rally for Syria)

Some of Sydney’s Muslim leaders are allegedly encouraging young Australians to participate in the Syrian civil war in a move authorities fear is exacerbating sectarian violence.

Fairfax Media has found evidence of provocative lectures by community leaders and sheikhs that encourage young Muslims to give their ”wealth and blood” to the Syrian cause.

The calls flout federal laws banning the recruitment, funding, training or participation in the conflict in Syria and which carry up to 20 years imprisonment.

The al-Risalah Islamic bookshop in Bankstown has presented several lectures on Syria, including one by Sheikh Abu Sulayman titled ”What is the least we can do for Syria?”

Sheikh Abu Sulayman called on the audience of mostly young men to give generous donations to the ”mujahideen” or fighters in Syria and said it was the obligation of each Muslim to join the ”jihad”.

”There is not a [single] part of this world where the Muslims are being fought today that the Muslims there are not calling for us today,” he said. ”They are calling day and night for us to support them with our wealth and with our blood and with all we possess.”

Sheikh Omar El-Banna also gave a lecture, at the UMA Centre in Lakemba, titled ”Syria is my responsibility.”

The civil war in Syria pits the Sunni-dominated rebellion against the Alawite regime of President Bashar al-Assad and the Shiites in Lebanon and Iran.

During a lecture last month, Campbelltown Sheikh Jamil el-Biza said Shiites should be destroyed ”either with our hands or with our blood”. He berated young Muslims for caring more about the Canterbury Bulldogs NRL team than what is happening to their ”brothers” in Syria, Chechnya, Kashmir and Somalia. He recently spent a year in Lebanon helping Syrian refugees.

The Australian Federal Police believe 150 to 200 Australians have travelled to Syria, with a significant proportion fighting with the resistance, about half of whom are with al-Qaeda aligned group Jabhat al-Nusra, listed as a terrorist organisation under Commonwealth laws on Saturday.

Zaky Mallah, who runs an office for the Free Syrian Army from his Parramatta garage, promises he can get young Australians into Syria in less than 24 hours but strongly denies he is recruiting people for the resistance.

”I encourage Australians to go to Syria not to fight but to see the situation for themselves,” Mr Mallah said. ”What they do after that is up to them.”

The NSW police said it had ”ongoing consultations” with the al-Risalah bookstore.

Fairfax Media reported on Sunday that the Syrian war has triggered violence between Sunni and Shiite Muslims in Sydney.

The owner of al-Risalah bookshop, Wisam Haddad, did not respond to emailed questions. A statement posted on the store’s website denied it was extremist.

A spokesman for the Australian Syrian Association, Mohammed al-Hamwi, accepted that some leaders were going to extremes but said the aim was to help the Syrian people.

”I wouldn’t mind being granted martyrdom,” he said. ”Call me crazy, call me weird, call me whatever but it’s a cause I’m willing to die for.”

The 29-year-old from Parramatta spent three weeks with the Free Syrian Army last year observing the conflict and he wants to return soon.

He is one of up to 200 Australians who have gone to Syria in what Australian Federal Police have said is a ”game changer” for national security.

Mr Mallah agreed that young Australians who came into contact with terrorist groups in Syria were a big security risk on their return, but he questioned who was to blame.

”Who’s to blame for Syria being a jihadi battleground? The international community has done nothing to prevent the atrocities against the Syrian people,” he said, adding that he returned from Syria feeling ”very pissed off at the whole world”.

Since establishing an Australian outpost of the Free Syrian Army to disseminate information and collect donations, Mr Mallah has attracted hostility from some Muslims and come to the attention of intelligence agencies.

He insists he has not broken federal laws banning the recruitment, funding, training or participation in the conflict. ”It’s one thing to give money … that’s the lazy approach. To experience the war itself gives you a more in-depth understanding of the atrocities going on there.”

Muslims in Australia urged to rally for Syria