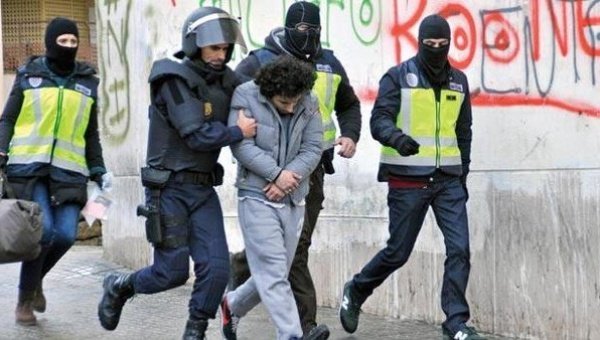 Morocco on Thursday dismantled a seven-member “terrorist” cell linked to the Islamic State group that was planning to abduct and murder tourists, the interior ministry said.

The suspects, whose identities were not revealed, had “pledged allegiance” to the jihadist IS group, the ministry said in a statement carried by the MAP Morocco news agency.

They were planning “terrorist operations” including attempts to “abduct and physically liquidate” tourists at seaside resorts, the statement added.

According to the interior ministry of Morocco the suspects had undertaken “intensive paramilitary training” in a mountainous region of Morocco. They were caught just-in-time before committing any serious acts of terror.

The arrests were made by the Central Bureau of Judicial Investigations, inaugurated in March as part of Morocco’s beefed-up war against extremism and terror.

Morocco has frequently announced the arrest of “terrorist cells” and reported seizing weapons from groups authorities say have vowed allegiance to IS.

For the little peaceful country of Morocco, which relies on tourism as a main source of income, terror would cause immediate and irreversible damage to its economy.

According to the British-based International Center for the Study of Radicalization, about 2,000 Moroccans are estimated to be fighting with IS in Iraq and Syria, which is considered to be too high for the liberal and moderate country of Morocco.