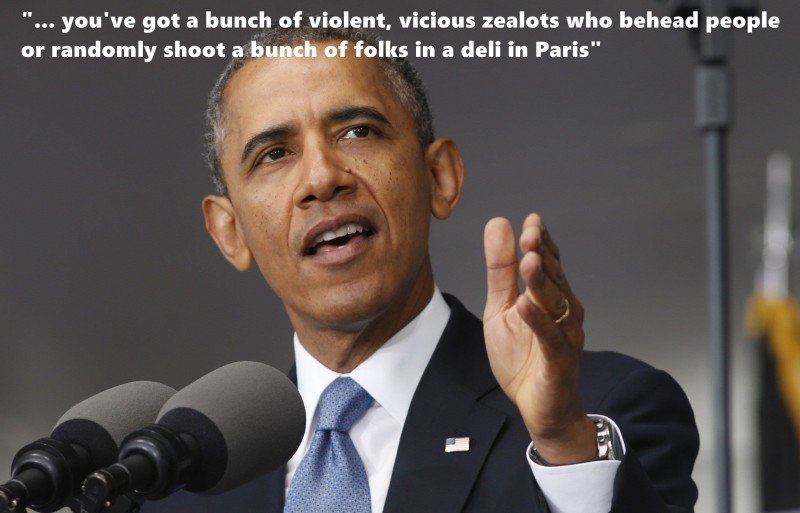 February 11, 2015 1:26 pm 0
For Obama to act
These Are the Top Google Search Terms in Syria and They Are Heartbreaking
Is Iran Trapping Obama For More Concessions?

There is a Jew hater occupier of the White House. Over the last seven years, he has been playing hide and seek.

In the first few years, we sometimes could see one of his toes; then he would show us a full hand.

Couple of more years forward, he would shows us his torso and a knee; and then, almost seven years into his presidency, at one rare moment, when he denied that the attack on the Kosher deli in Paris (same time as Charlie Hebdo terror attack) was motivated by an attack on Jews, we saw the full ugly sight of his Jew hating character.

In an interview with Vox, Barack Obama refused to acknowledge the religiously-inclined attack against the Kosher deli by describing it this way in an interview he conducted with VOX:

“… you’ve got a bunch of violent, vicious zealots who behead people or randomly shoot a bunch of folks in a deli in Paris.”

Focus on the words “randomly” and “folks”.

When asked to clarify, the position of the White House, as expressed by Josh Earnest, was that there were people other than Jews in that deli. As if the terrorists knew this fact and targeted the deli not for its Jewishness, but for its diversity.

There is a Jew hater occupier of the White House who also happens not to recognize Islamic terror. This is not a coincidence. Nazis follow that pattern of logic of denying Jews their rights to exist while pretending they have no enemies. Who can blame PM Netanyahu for challenging the world on Iran when Obama, a Jew hater, occupies the White House?

This Jew hater occupier has been pretending he is a normal president in pursuit of a normal agenda the American people have elected him to implement. The great and absolute majority of Americans are not Jew haters though. So why is he showing us a side the American people disapprove about him? Do you think this has to do with his lameness? Indeed, it does.

Normal presidents accept lameness as part of a process of passing the torch. The Jew hater occupier of the White House views lameness as an opportunity to extricate himself from the oily snaky skin he has been covering himself with. Lameness to Barack Obama is pure oxygen. It is life the way he should have lived from day one in Office.

Today, Obama is coming out of his skin right before our eyes.

Do you know how long Jews will need to reverse Barack Obama Jew hating phenomenon? Do you know how many years of suffering every Jew around the planet must endure to erase the memory of the Jew hater occupier of the White House now the champion of many Nazi-loving dimwits?

Obama realizes it and he is basking in his own glory to spread deniability of terror against Jews.