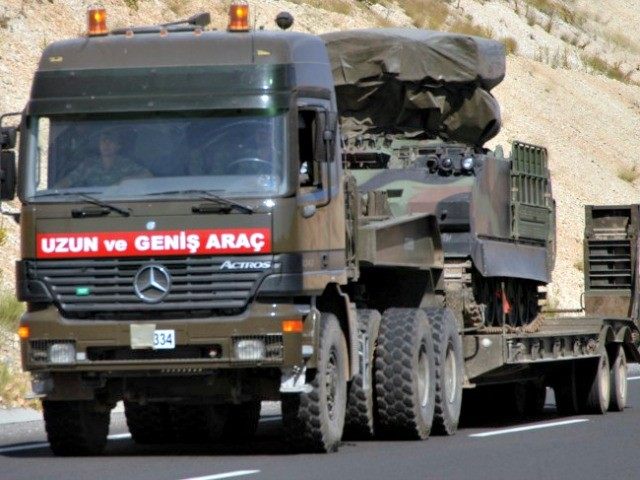 An article in Al Monitor asks “Is Turkey arming radical groups in Syria?” after a trial in Turkey revealed that Turkish Gendarmerie connected to Fetuallah Gulen may have dispatched weapons to Islamists in Syria fighting the Assad regime.

It’s a sectarian war, Stupid! Did you expect that Iran and Russia would dispatch weapons at will to the Assad regime and the Sunni countries become spectators of the Assad crimes? Grow up and stop whining please. Both sides are terrorists and both sides are receiving weapons from a long list of undesirable countries or governments.

On the other hand, Al Monitor is financed by Jamal Daniel, a Syrian-American with close ties to the Assad regime.

To them, we also say, it’s a sectarian war, stupid! What did you really expect? Turkey to ship bonbons to Sunnis when Iran was shipping missiles to Shia and Alawites?

Besides Al Monitor, another Iranian minaret complained too.

Pro-Iranian Press TV talked about the sovereignty of Syrian airspace as Turkey contemplates a safe zone over Syria to protect the civilian populace:

He [Walid al-Moallem] noted that Ankara is well aware that “the use of Syrian airspace by non-Syrian planes is by definition an aggression, therefore the Syrian Arab Republic has the right to use all the available resources to repel this aggression.”

Missing from this paragraph is another statement Press TV should have cleared for us:

Of course, Syrian airspace is reserved by the Assad regime to barrel bomb its civilians and to kill and maim as many as Iran wants.

Ooops! Somebody is not doing his/her job at Press TV.

Syria is in the midst of a sectarian war that began when the Assad regime turned its weapons of mass destruction upon its own people, which also happens to be the Sunnis of Syria.

The backlash of Assad sectarianism is ISIS, and every Sunni country funding and arming whomever is willing to fight.

Once Assad is deposed, reasonable countries will sort out the mess left behind by Assad, Iran, ISIS, Al-Qaeda, Hezbollah, and Nusra Front.

Until then, stop whining. It’s a sectarian war, stupid because Assad turned it into one. All Iranian puppets are sectarians. Remember al-Maliki?

The Worst Agreement in U.S. Diplomatic History
Not the Uterus of Queen Jarrett
Pakistan to Iran, don’t mess with Arab countries
Radicalism 567