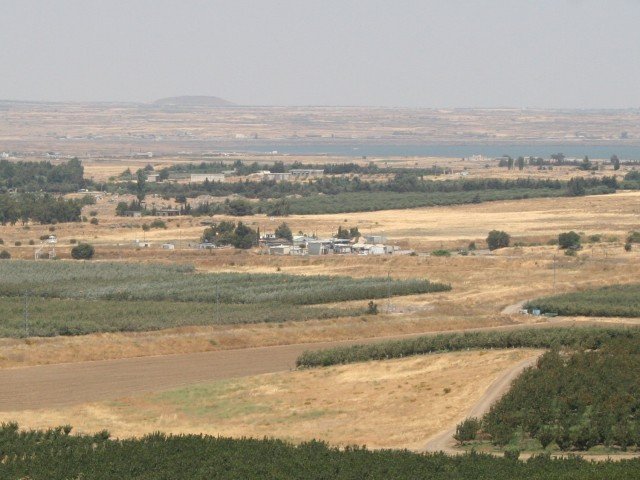 Islamist fighters seize Quneitra next to the Golan Heights

April 30, 2015 10:09 am 0
Military Intelligence foresees threats to Israel in 2015
Iran-backed advance in southern Syria rattles Israel
Netanyahu is not Obama

The hardline Ahrar al-Sham group in Syria (Muslim Brotherhood) and other insurgents seized a crossing in the southwest frontier area near Israel on Thursday from a small group of rival Islamist fighters, the Syrian Observatory for Human Rights monitoring group said. Islamist fighters seize Quneitra next to the border with israel.

If confirmed, the capture would represent a further advance for Ahrar al-Sham, one of the main jihadist groups in Syria alongside Islamic State and al Qaeda’s Syria wing Nusra Front.

In the northwestern Idlib province, Ahrar al-Sham is part of an Islamist alliance which has taken strategic territory from government forces in recent weeks, suggesting the group has recovered after its senior leadership was wiped out last year.

The Observatory said Ahrar al-Sham and allied fighters took the crossing in Syria’s southern Quinetra province from a group called Army of Jihad, which has pledged allegiance to Islamic State.

Control of the crossing has passed between several insurgent groups, who have occasionally worked together but have also fought each other in Syria’s chaotic conflict.

The area is sensitive due to its proximity to the Israeli-occupied Golan Heights.

In recent days fighting between insurgent groups has been especially intense, killing dozens of fighters, according to the Britain-based Observatory.

The senior leadership of Ahrar al-Sham was wiped out in a blast in September in Idlib, which dealt a major blow to an organization which is thought to have received funding from Gulf backers. It was not clear who was responsible for the blast.

The group follows a hardline ideology and is one of the oldest insurgent movements in Syria’s four-year conflict.

One its founders, Abu Khaled al-Soury, fought alongside Osama bin Laden and was close to al-Qaeda’s current chief Ayman al-Zawahri. But its new leadership has recently sought to distance itself from Nusra’s al Qaeda ideology and has appealed to Syrian youths disenchanted with Western-backed rebel factions and who also oppose ultra hardline groups such as Islamic State.

Islamist fighters seize Quneitra next to the Golan Heights