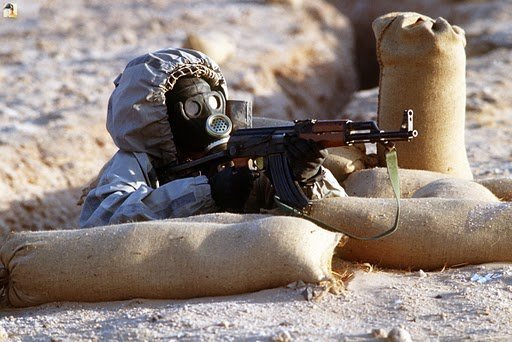 ISIS Developing Chemical Weapons to Use on Alawistan

The Islamic State group has shown it is prepared to use chemical weapons against its enemies and is likely to have among its recruits the technical expertise to develop them, Australia’s Foreign Minister Julie Bishop said.

Alawistan is the region on the coast where the Alawites make it their home.

In a speech late Friday, Bishop said Australia had no doubt that the Syrian regime had used toxic chemicals including sarin and chlorine over the past four years.

“The use of chlorine by Daesh, and its recruitment of highly technically trained professionals, including from the West, have revealed far more serious efforts in chemical weapons development,” she said in Perth, using the Arabic acronym for IS.

“Daesh is likely to have amongst its tens of thousands of recruits the technical expertise necessary to further refine precursor materials and build chemical weapons.”

The use of chlorine in homemade bombs has been reported in several parts of Iraq and Syria, with car and roadside bombs easy to rig with chlorine canisters by the Assad regime against rebel-held areas. But no such attacks have been reported against Syrian army positions.

This may be about to change as the purpose of ISIS developing chemical weapons capabilities is to use them against the Alawites in their stronghold Latakya.

In a speech to the Australia Group, which works to deny licences for the export of chemical and biological-weapon related materials, Bishop said a global effort was needed to prevent the proliferation and use of the toxic chemicals.

Speaking of the use of chemical weapons by the Assad regime, she said:

“The fact that atrocities such as this continue to occur shows that we must remain vigilant to the threat of chemical and biological weapons.”

Bishop said the rise of global terror groups such as IS was one of the gravest security threats faced by the world. ISIS developing chemical weapons makes it even far more dangerous.

ISIS has in the past emulated Assad own terror against civilians to include mass murders. As such, it is expected that ISIS developing chemical weapons would become part of its plan to avenge the Assad regime own tactics.

Bishop has previously warned that the numbers of Australians seeking to go overseas to fight with IS was not declining, with more than 100 fighting alongside jihadist groups in Iraq and Syria.

Australia has introduced a series of national security measures over the past few months to combat the threat, including criminalizing travel to terror hot spots and safeguarding against ISIS developing chemical weapons.

ISIS Developing Chemical Weapons to Use on Alawistan