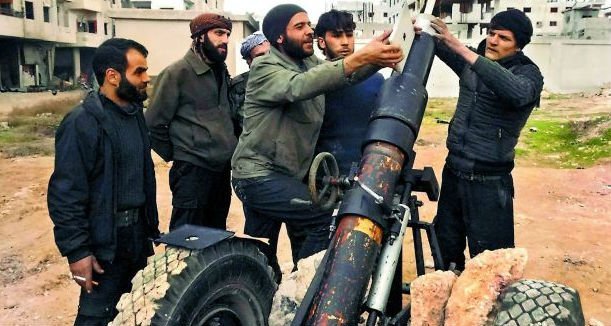 Iranian troops have recently and in large numbers left the fighting in Syria in order to be redeployed in Yemen to help support the Iran-backed Houthi rebels, according to experts quoted in the Arabic-language media.

Arab media reports noted the sudden disappearance (Arabic link) of Iranian Revolutionary Guard Corps (IRGC) forces from combat zones in Syria, including in the Syrian Golan. According to the reports, the Iranian forces stopped participating in battles alongside the forces of Syrian dictator Bashar al-Assad, which has made it easier for the anti-Assad rebels to capture territory and open new fronts across the country.

Arab commentators have attributed the withdrawal of Iranian forces in Syria to the fighting in Yemen  and Iraq, as well as the negotiations conducted over Iran’s nuclear program. According to a number of analysts, the bombing campaign, led by Saudi Arabia, against the Houthis in Yemen are now a priority for Iran’s regional policy, limiting the presence of its forces in other areas.

Syrian military expert Ahmed al-Rahal told the newspaper Al-Arab (Arabic link) that Iran’s involvement in Syria had progressed rapidly in until the beginning of the Saudi attacks in Yemen. In recent weeks, the combined Iranian and Syrian forces had achieved significant gains in Aleppo in the north and in the Syrian Golan. According to al-Rahal, this progress was halted suddenly, and Iran left the Syrian forces to fight alone in Idlib—a battle in which they lost to the forces of Jabhat al-Nusra. Assad’s forces have also lost important military outposts in the southeast of Syria, mainly on the border with Jordan.

Muhammad Hassan Abu al-Nour, a political analyst in Iranian affairs, told the news website Misr Al-Arabiya (Arabic link) that the Houthis suffered heavy losses against the Arab coalition forces. According to Abu al-Nour, the Houthis need Iran’s help more than any other Iranian client, explaining the redeployment. Moreover, according to Abu al-Nour, Iran has also re-prioritized its efforts in Iraq, in order to purge the Islamic State of Iraq and Syria (ISIS) from Iraq. Misr Al-Arabiya also noted unconfirmed reports of the presence of IRGC commander Qassem Suleimani in Yemen.

According to estimates released in December 2013, there were 10,000 Iranian fighters in Syria (about 2,000 of them officers), in addition to operatives of the Iranian-sponsored terrorist organization Hezbollah from Lebanon, as well as pro-Iran militias from Iraq. Hundreds of Iranian soldiers and officers have died in Syria in recent years, including senior commanders of the IRGC, such as Abdullah Askandrani, the fifth brigade commander in the al-Quds force.

On Saturday, Reuters reported that a Yemeni militia had captured two Iranian officers in Aden, undercutting Iranian claims that it was not involved in Yemen.