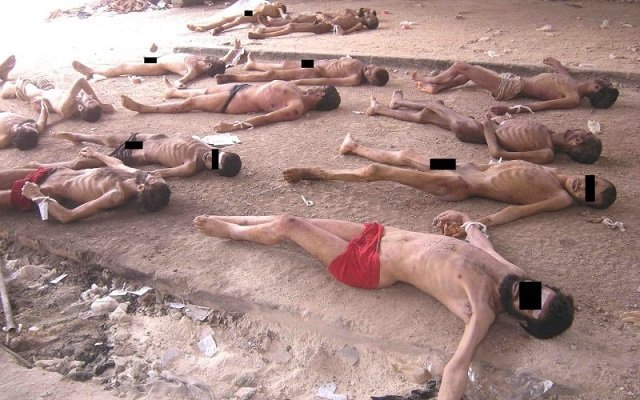 As Congress, the White House, and the media debate the Iranian deal President Obama has negotiated with the Mullahs, much discussion will be accorded to sanctions, inspections, arms embargo, and missile technology; however, we must not lose sight of what Iran is capable of given a windfall of $150 Billion.

We must not lose sight what the Iranian deal will cause in terms of Iranian expansionism that have started four wars in the Middle East today.

These funds and the abandonment of the region to Iran, as a result of a bad Iranian deal, will open the gates of hell upon the people of the region. There will be more deaths of innocent civilians in Syria, Yemen, Iraq, and Lebanon.

Of particular interest to all of us should be Syria where Assad has proven to be the barbarian Putin can rely upon to gas, barrel bomb, and burn his way through thousands of innocent civilians.

Already over 300,000 have died because Assad refuses to step down. While the killing goes on, Assad is holding 200,000 Syrians as political prisoners many of them for marching peacefully against his regime. Some 13,000 have already died in his prisons as a result of extreme torture many of them children.

Who do we thank at the White House for signing off on an Iranian deal that would embolden the Assad regime to kill even more civilians, to torture even more children, and to rape even more women? Instead of clipping Iran’s wings of terror, Barack Obama and his advisers have unleashed Iranian terror upon the region with dire consequences for the innocent and the helpless.

So, while Congress debates the specifics of this Iranian deal, we believe Congress should parade again the 55,000 photos Caesar snapped with his camera as a regime archival photographer of tortured and mangled bodies Assad killed. Under each photo should be the caption, “The Iranian deal will embolden Assad to torture more innocent people. Do we, as Americans, want to have this on our conscious?”

In addition to being the worst president, Barack Obama happens also to be a U.S. President who sees the violence of others as accomplishments, who is able to let millions die, and whose legacy is not opposed to riding the waves of much death and destruction.

This Iranian deal will mean more innocent Syrians will die at the hands of the Assad regime, ISIS, Hezbollah, and Iran.