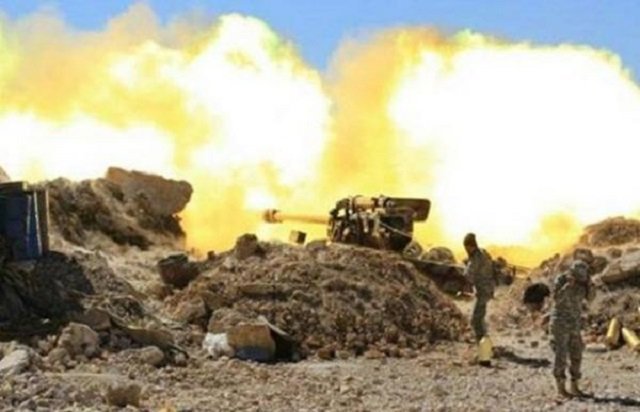 Is Hezbollah Beginning to Crumble?

July 19, 2015 4:19 pm 0
Hezbollah’s Estimated Value May Be $1.75 Trillion
Should U.S. Destroy ISIS?
Between Spilling and Containment of the Syrian Civil War

An article in the Times of Israel cites opposition sources in Asharq al-Awsat claiming that Hezbollah arrested 175 of its own men for refusing to fight for the Assad regime inside Syria.

The radio [also] cited a report in pan-Arab newspaper Asharq al-Awsat, which claimed that Hezbollah fighters dispatched to Syria to shore up the regime there have begun to show reluctance to confront the rebel groups seeking to overthrow Bashar Assad. According to the report, the hesitation began after 120 Hezbollah fighters were killed in confrontations with opposition groups and another 200 were wounded.

Is Hezbollah beginning to crumble from within? The notion the terror organization is an agent to a foreign country armed to defend its interests, while it claims it is a nationalistic entity born to fight the enemies of Lebanon, is a short-lived excuse in a volatile region where alliances and enemies change almost month-to-month.

Those smart Lebanese Shiites fighters are beginning to realize it is not worth it to die for a foreign country in a foreign land to serve a foreign man.

Is Hezbollah beginning to crumble like the Assad forces have already? It is too early to answer this question, but the signs look good if Hezbollah has to imprison 175 of its own fighters for refusing to die for Assad.

Many of these fighters realize that neither the Soviet Union nor America was able to defeat the Sunni extremists on their own turf in Afghanistan. Neither will Iran or Hezbollah in Syria. Only moderate Syrians will be able to defeat the foreign extremists flooding Syria once Assad becomes a bad footnote in Syria’s history.

Assad released the Islamist extremists to claim he is the only alternative to rule Syria; in this case, let both Assad and Iran live with their mistakes by fighting and dying on Syria’s battlefields.

Is Hezbollah beginning to crumble? Many wish it does, and the sooner the better.

Is Hezbollah Beginning to Crumble?

Assad’s U.N. Partners
CORRECTION-Hezbollah Controls the SNC, Driving its Agenda
US Picking Hezbollah Front Men One by One
Syrian Revolution 1352