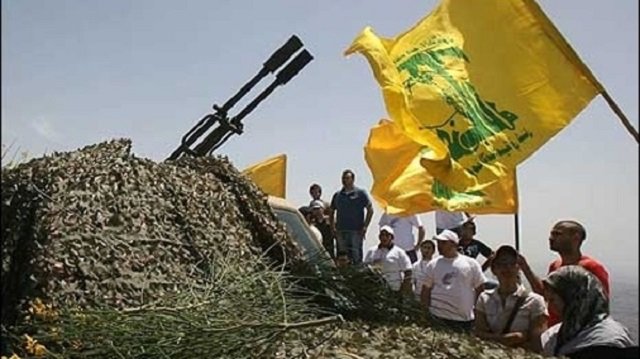 Iran will not end its support of regional terror

Source: Gulfnews – by Eli Lake (Iran will not end its support of regional terror)

Remember when a mob of angry Iranians ransacked the British Embassy in Tehran, defacing its walls and stealing its computers? That was in 2011, not way back in 1979. But the rampage was glossed over last week when Britain’s foreign minister reopened the embassy.

In 2011, Britain helped impose crippling sanctions on Iran. Today, Britain is eager to lift those sanctions.

It’s easy to get caught up in the optimism. Now that Iran has signed the nuclear accord, there may be a window for the Islamic Republic – in its own way – to rejoin the community of nations. Iran’s foreign minister has even told Secretary of State John Kerry that he is now empowered by the country’s supreme leader to discuss areas of regional cooperation like Syria. Iran’s president, Hassan Rouhani, now talks about his country’s initiative to tackle Islamic extremism in the region. Is the clenched fist now an outstretched hand?

The US intelligence community does not expect Iran to end its support for regional terror because of the Iran nuclear deal. This includes Iran’s support for Syria’s dictator, Bashar Al Assad, support for Shiite militias in Iraq and support for Al Houthi militants in Yemen.

Iran’s agenda in those places is independent of its nuclear ambitions, a US intelligence official told me. James Clapper, the director of national intelligence, said as much last month at the Aspen Security Forum. “I don’t have any doubts, none of us do, about Iranian behavior, the things they do in the region, the promotion of terrorism, their support of proxies like Hezbollah, there’s no doubt about that and this agreement, in and of itself, I don’t think is going to alter their behavior,” he said.

So is Iran looking to soften its posture in the region or escalate tensions?

The Obama administration has explained the fight inside Tehran before as a push and pull between Rouhani, the moderate whose political fortunes depend on the implementation of the nuclear deal, and the hardliners in Iran who seek to escalate conflict with the West. The president has drawn this distinction himself when comparing US and Iranian hardliners on the deal.

Amin Tarzi, the director of Middle East studies at the Marine Corps University, told me there is political tension between Rouhani’s supporters and the leaders of Iran’s revolutionary guard corps, the organization responsible for supporting groups like Hezbollah. He said Iranian elites like Qassem Sulaimani, the commander of Iran’s Quds Force, “are trying to show we have long hands elsewhere and we can determine some things in the region.”

All of this is important for the internal politics of Iran because different factions are now competing not only for the ear of Iran’s supreme leader, but also control of the contracts and ventures that will flood into Iran from new investment after sanctions begin to ease.

But this competition between Iran’s elites is not, according to Tarzi, a struggle between reform and revolution. “Rouhani is a patient thinker. And this makes him more dangerous. He sends Rosh Hashanah Twitter messages to Jews, but he has a more long-term and a determined outlook,” he told me.

This more refined approach from Rouhani allowed him to use the negotiations to win international acceptance of Iran’s nuclear program and relieve sanctions without bargaining away Iran’s long-standing policy of supporting those groups and leaders it considers the region’s broader resistance against Western imperialism.

Last month in a televised speech, Hezbollah’s leader Hassan Nasrallah made this point explicitly. “We say this loud and clear,” Nasrallah said. “We receive material and financial support from the Islamic Republic, and we are proud of that fact.” It’s something to keep in mind in the coming months when Iranian leaders talk about peace and harmony in the Middle East.

Iran will not end its support of regional terror