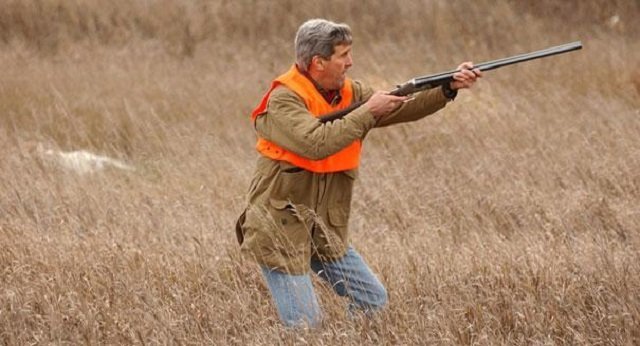 How Weak Secretaries of State Shoot Themselves in the Head

If you want to find out how weak Secretaries of State shoot themselves in the head, read on.

A Riyadh-based Syrian opposition grouping preparing for possible talks with the Damascus regime said Friday it will not talk to the [psychopath] Baschar al-Assad himself.

“We’re not entering any negotiation until all the points in ‘Geneva 1’ are applied, which is that Assad and his government must not be in power, the transitional period has to be without him and he must be tried for his crimes,”

Geneva 1 and Geneva 2 were John Kerry’s babies. He insisted on their development and their goals, which primarily focused on the Assad removal from power.

After making the statement yesterday the US no longer seeks regime change in Syria, this is how weak Secretaries of State shoot themselves in the head. They flip flop 180 degrees hoping no one notices. Geneva 1 and 2 have now become the legal framework to confront Kerry’s own words and ideas.

“Either that, or no negotiation,” Hijab told reporters, following his election as general coordinator for a High Committee set up at unprecedented talks last week in the Saudi capital to unify political and armed Syrian factions. No negotiations mean the war will go on no matter what John Kerry wants or does.

The future of Assad is a key issue in efforts to end Syria’s nearly five-year-old conflict that has left more than 300,000 dead and forced millions from their homes.

About 100 representatives of the main Syrian political opposition and armed factions agreed in Riyadh to negotiate with the regime but insisted he step down at the start of any political transition.

The Islamic State jihadist group which has seized large parts of Syria and Iraq, and the al-Qaida affiliated al-Nusra Front were excluded from the Riyadh meeting.

Kurdish fighters were also left out.

The Riyadh gathering came after top diplomats from 17 countries — including backers and opponents of Assad — agreed in Vienna on a roadmap for Syria.

It would see a transitional government set up within six months followed by elections within 18 months. It calls for negotiations between the opposition and Assad’s regime to start by January 1.

How Weak Secretaries of State Shoot Themselves in the Head

Loading...
Newer Post
Every High Official Who Worked for Obama Turned On the President
Older Post
It Really Matters Little What Kerry Says or Putin Does