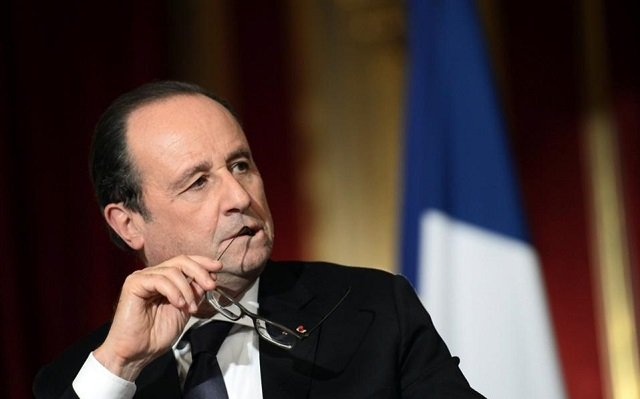 October 22, 2015 2:59 am 0
Chlorine attacks in Syria: Time to reassert a global ban
Dimwit on Rezko
Iran vows to step up fight against Syrian civilians

On Wednesday, French President Francois Hollande warned Putin against bolstering Assad, the psychopath, after Syria’s embattled criminal and dictator made a surprise visit to Moscow in his first known trip overseas since his country’s conflict erupted.

HollandeÂ told reporters after being asked about the trip.

“Nothing must be done to bolster Bashar Assad, who is the problem, and cannot therefore be the solution,” he told reporters after being asked about the trip.Â The Russian intervention (in Syria) is meaningful only if it fights Daesh (Islamic State group) and allows for a political transition.Â If it aims to safeguard Bashar Assad, the Syrian issue cannot be settled.”

The three-week-old Russian air war in Syria is reported to have killed at least 370 people, a third of them civilians, according to a monitoring group.

Russia says the campaign targets the extremist Islamic State group and others it describes as “terrorists.” In Putin’s world, all Muslim Sunnis are terrorists.

But rebels and the West accuse Moscow of seeking to prop up ally Assad and of striking moderate and Islamist opposition forces rather than just jihadists.

Assad, who last visited Russia in 2008, told Putin that the air strikes had helped to stop the spread of “terrorism” in his country, the Kremlin said. Assad forgot to mention that he is the most dangerous “terrorist” the Soviet Union has ever invented.

Syrians will never rest until the psychopath Baschar al-Assad is either behind bars or dead.

Is Obama not weak? We beg to differ
Pro-Assad Official Kidnapped in Damascus
AP and Reuters Are Ignoring Explosive News
Putin Terror 436