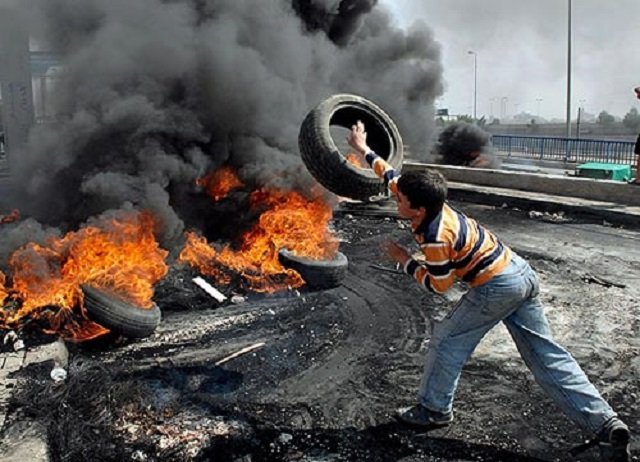 February 28, 2016 6:48 am 0
Zabadani Is Divulging Hezbollah’s Military Tactics
Why Assad Should Ask for STL Indictments
The Unbiased Guide to Understanding The Civil War in Syria

They protested a short comedy sketch that was broadcast on a Saudi-owned TV station MBC that impersonated their leader (For our Arabic speaking readers, you can watch the sketch below).

The sketch makes fun of Hassan Nasrallah’s loyalty to Iran and his resistance to Israel when his troops are fighting fellow Arabs in Syria. At one point, during his speech, he is interrupted by a phone call to take orders from Iran.

The army issued a statement later and said that the situation was under control and that it had set up checkpoints and deployed troops to several areas around Beirut to contain the protests of the Hezbollah thugs.