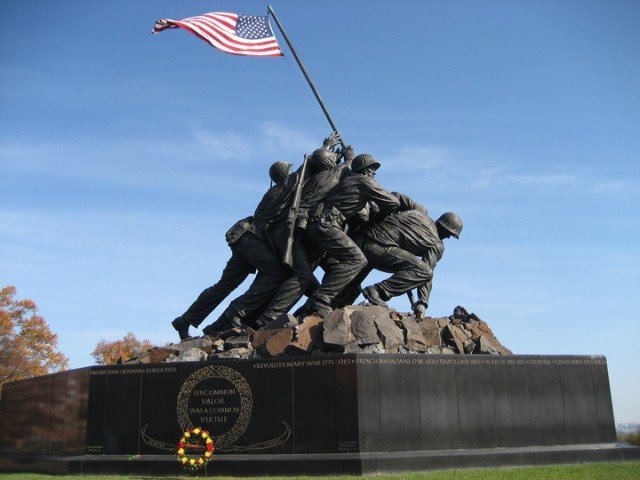 Freedom of Religion? Not When Islam Acts Like a Conquering Army

August 6, 2010 7:35 am 21
The Mother of All Civil Wars
The Syrian Animal Needs Saving
Give Syrians a Chance, Give Israelis a Break

One does not celebrate a victory by planting one’s flag on the soil of the enemy unless he is occupying that land or intends to occupy it. If the Mosque is to be built in New York next to Ground Zero, then we might as well move Iwo Jima Memorial to Japan.

Some 25 years ago, I met at the infamous Le Fouqet in Paris with a Saudi national businessman who was very close to the al-Saud. It was a business meeting but because of few drinks the Saudi had, the conversation quickly turned to politics. Knowing I held a US passport as well as a Saudi one, he had a message for the US: Saudi Arabia will become the most powerful country and we will conquer all lands.

It was almost comedic hearing a Saudi, half inebriated, claim world dominance.

The connect between his words and reality were so far apart, I did not give it too much thought at the time, nor did I fully understand what his words meant. These were the words of a drunkard fool after all. Saudi Arabia controls Makah and Medina, the two Holiest Places in Islam. This means that 1.5 billion Muslims turn their heads and kneel for Saudi Arabia five times a day as a reminder of their piety but more importantly their submission.

What the Saudi businessman was telling me twenty five years ago was “It’s not the oil stupid, it’s religion”. If we let Saudi Arabia fund and build the Mosque in New York as a token of their triumphalism over the US for 9/11, we are in fact not applying the Freedom of Religion laws but rather, we are giving my religion the chance to conquer New York by planting its flag of victory.

Mayor Bloomberg is focused on one set of laws when he should be investigating every religious edict or Fatwa of Islam that emanated from our scholars the last 25 years. But what if religion acts like a conquering army? How could we reconcile this fact with our laws? Being an American, laws will always prevail, but being a Muslim also, I have a warning: We will conquer you if you do not change your laws accordingly.

The US better reconcile between Freedom of Religion and Islam as a conquering army. The two cannot co-exist for long.

Freedom of Religion? Not When Islam Acts Like a Conquering Army