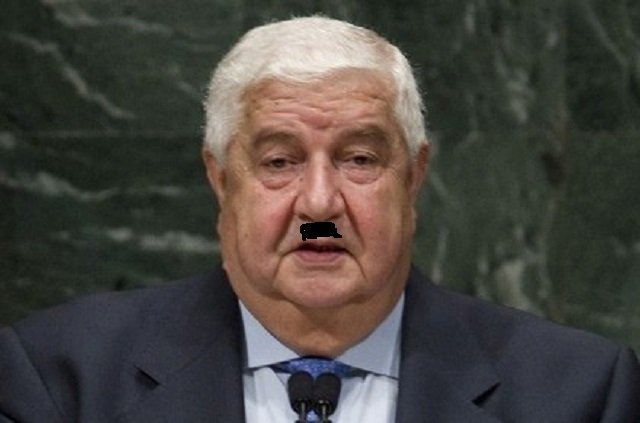 Does Assad Really Think He is Going to Win the War?

Syria’s government warned Saturday that its forces would resist any foreign ground intervention after reports that Saudi Arabia and Turkey, which both support rebel forces, could send in troops. Does Assad really think he is going to win the war? The psychopath thought that Putin flexing his muscles next to a NATO country would be ignored.

“Any ground intervention on Syrian territory without government authorization would amount to an aggression that must be resisted,” Foreign Minister Walid Muallem said at a news conference in Damascus.

“Let no one think they can attack Syria or violate its sovereignty because I assure you any aggressor will return to their country in a wooden coffin, whether they be Saudis or Turks,” he warned. Assad is already shaking in his boots.

Riyadh on Thursday left open the possibility of deploying soldiers, offering to “contribute positively” if the U.S.-led coalition against the Islamic State jihadist group decided on ground action.

And Russia, which along with Saudi Arabia’s regional rival Iran is a major ally of Assad, has accused Turkey of “preparations for an armed invasion” of Syria, a claim which Ankara has dismissed.

Does Assad Really Think He is Going to Win the War?