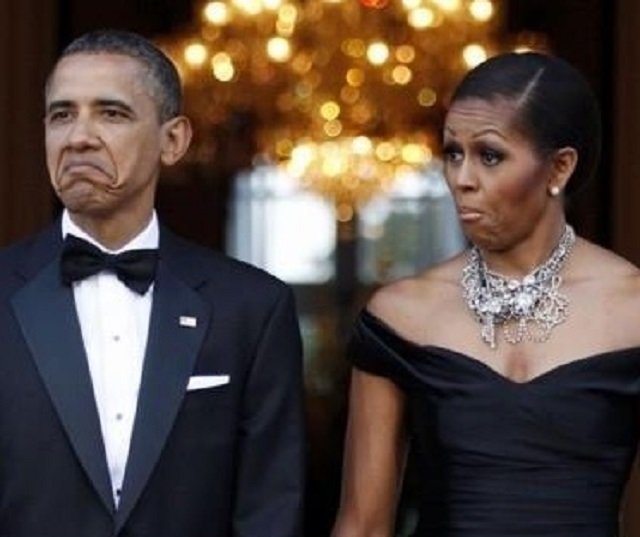 August 12, 2015 7:23 pm 0
How America is bombing itself in Syria
Iran Sends America a Humiliating Message
America’s Self-Inflicted Wound in Syria

A relatively old article (October 2013) published by the National Review Online quotes both President Barack Obama and First Lady Michelle Obama wishing for or hastening towards the transformation of America.

The very land that gave them both the opportunity to meteorically rise beyond the dreams of any parent’s wish for their children has become a target for their twisted transformation. The ungrateful couple.

“We are five days away from fundamentally transforming the United States of America.” — Barack Obama, October 30, 2008

With almost ten trillion in additional national debt that brings us closer to the Greek economic tragedy playing before the world today, and with a Government fed with this borrowed money to turn dependency into a national culture, Barack Obama has transformed America.

With our borders with Mexico looking like a miner’s sieve Obama refuses to seal, he is indeed transforming this nation.

Give us the name of any nation whose people are as economically and politically free as the United States of America’s people are.

Give us the name of any nation where no matter your race, color, or creed, your success is celebrated with such enthusiasm and energy by its people.

Give us the name of any nation whose imperfect political system keeps trying to get better and which is endlessly looking for ways to treat its people better.

Give us a nation that spends the time and energy defeating terror.

Let us celebrate America the ungrateful couple are transforming; for after them, there would never be another couple to transform no more.