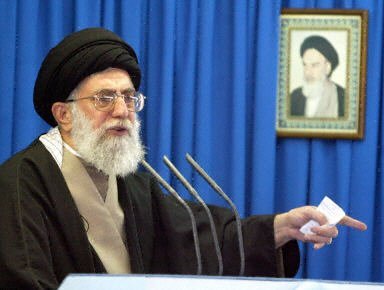 Assad May Not Fall Before the Iranian Regime Does

December 3, 2011 11:46 am 4
Where is my Predator drone?
Hariri Refuses to Join the Axis of Evil
When Squeezed, Assad Yields Acid

One of the side weaknesses of being an avid observer of politics is how your analysis gets caught-up in passionate fervor rather than cold calculations.Â

Even when illogical data stares you in the face, there is a tendency to tailor your assumptions to fit a certain outcome instead of looking at the pure data in an unbiased fashion. My human passion is the ultimate culprit.

Based on this modest admission, here is my latest.

On the Syrian side of politics, I am one to believe now the Arab League (AL) and PM Erdogan (PME) are taking two parallel paths simultaneously: Pressure Assad to yield to power-sharing with the Islamist-controlled Syrian National Council (SNC) and empower it in case the regime accidentally falls to fill a vacuum.

But on the regional side of politics, I am more inclined to think today that the real aim is the fall of the Iranian regime. For AL and Israel, this is more paramount than the events in Syria. For PME, it is as paramount if he shapes Syria’s future to be run by the MB to control his top priority: The Kurds.

The SNC may, after all, be simply a stop-gap measure to pressure Assad and to delay the Syrian Rebellion. But just in case, it exists.

The real regional arm-twisting that reminds us of the Cold War era is spinning around the fall or survival of the Iranian regime and the well-deserved freedom of the Iranian people. Khameini is the Loch Ness monster in the lake.

If the SNC (i.e. the Muslim Brotherhood) ascends to power in Syria before regime change in Iran takes place, it will unite with the Iranian Mullahs to attack the minorities and to push Israel towards extinction. It happened before when Hamas allied itself with Iran. Israel is not stupid and no SNC statement will have any effect whatsoever.

This makes the case for an Iranian-first-Assad-second regime change.Â

That does not mean, if PME pushes for the MB, the MB will actually ascend to power through the SNC. If Iran falls first, molding the future of Syria will become a collective effort with the west leading it. That’s an opinion, not based on facts or information.Â

The Hamas collaboration with Iran showed hairline cracks when Hamas witnessed the killing of Sunni Muslims in Syria at the hands of hidden IRGC assets. However, all Iran has to do is blame Ahmadinejad or some other fall guy and re-establishes another alliance with the SNC in Syria with new fresh faces if Assad falls first. Again, Israel is not stupid.Â Â

This makes the case for my number two Iranian-first-Assad-second regime change.

How will Iran fall is a mystery but I would imagine those mysterious bombs exploding have something to do with it.

I am no expert on Iran and I am not privy to any information on this subject. In fact, the ones in the eye of the hurricane are usually the last to know how big the hurricane is.

But I believe this is the reason why Syria is not moving as fast as Libya did. That is why Syria is not free yet. The pressure is on Assad but the big prize for the AL, Turkey, and Israel is Iran. Turkey is keeping its eye on the MB but Israel is worried more about Iran. If the Mullahs are gone, it dilutes the usefulness of the MB’s politics and that is why Israel is not concerned.Â Â

If the Iranian regime falls first, all bets are off. The SNC may simply become a ghost of the past. Especially, if support of the MB becomes a US election issue, which I believe it will. Maybe that is why VP Biden was in Turkey whipping-up Iran sanctions.

Where is the Obama administration in all of this? I can’t answer this question yet because of conflicting assumptions. But I would imagine the US elections will bear heavily on its position. Simple politics of survival.

But then, I could be wrong again.

The Art of No Compromise
When Squeezed, Assad Yields Acid
Why Assad is Escaping Bad Media
Syrian Revolution 1335