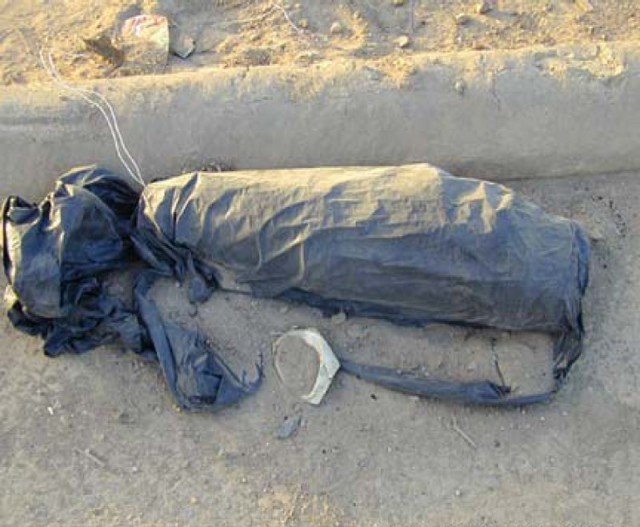 Assad Inventions Coming Back to Haunt Him

May 25, 2015 6:29 am
Assad has to go. No ifs and no buts. Period.
U.S. allies in Middle East ramping up support for rebel forces in Syria
One Assad Army Base At a Time

When you consider facts about the Iraq War, three are indisputable.

The U.S. won the war in three weeks after Saddam Hussein went into hiding.

Both the Syrian and the Iranian regimes fought the U.S. by proxy by reviving al-Qaeda and creating ISIL.

Both the Syrian and the Iranian regimes used powerful IED’s to kill U.S. troops in Iraq. IED stands for Improvised Explosive Device.

Two of the Iraqi Assad inventions are coming back to haunt the regime: Islamic extremism by proxy, and IED’s.

Saudi Arabia, Turkey, and Qatar have united to fund and equip Jaish al-Fateh, an amalgamation of many Islamist and non-Islamist fighting units. Their ranks are filled with Syrians and foreigners fighting in response to the Assad atrocities against their families and in response to the sectarian war the Assad regime has started.

Yesterday, one of Baschar and Maher al-Assad’s top military general was assassinated in the Adawi neighborhood in Damascus using an IED by one groups in Jaish al-Fateh, Ahrar al-Sham (Muslim Brotherhood).

General Bassem Muhanna belonged to the elite Republican Guards whose sole job is to protect the perimeter of Damascus with one goal: Protect Assad.

Muhanna’s death, with six other aides and security personnel, must have rocked the Assad regime to its core. No one is safe in Damascus anymore.

The assassination also tells us the Republican Guard has been infiltrated and intelligence about the daily routine of its leadership have been compromised. Many around Assad, it seems, may be abandoning the ship and trying to save themselves from a certain fate.

This means Muhanna’s assassination may just be the beginning of a series of other Assad inventions IED strikes the rebels may be planning.

Assad Inventions Coming Back to Haunt Him