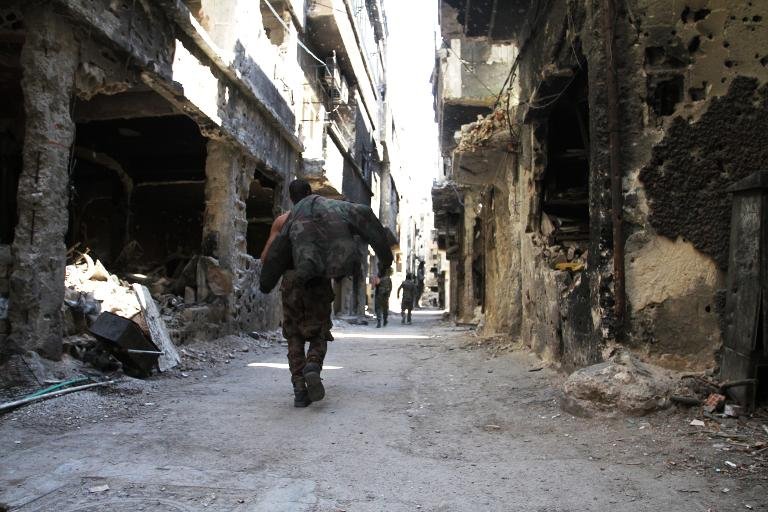 About 6,000 Europeans fighting with jihadist groups in Syria

April 13, 2015 8:36 am 0
Is Putin Using ISIS to Terrorize Europeans in Turkey?
Syrian Minorities Are Refusing to Serve in Assad Army
The culture of extreme violence

The number of Europeans fighting with jihadist groups in Syria could exceed 6,000, a top EU official told a French newspaper Monday.

“At the European level, we estimate that 5,000-6,000 individuals have left for Syria,” EU Justice Commissioner Vera Jouriva told Le Figaro in an interview, adding the true number was likely to be far higher due to the difficulty of tracking foreign fighters in the conflict.

“At the time of the attacks in Paris and Copenhagen, we decided not to allow ourselves to be guided by fear,” she said, referring to January’s twin Islamist attacks in the French capital and the subsequent deadly shootings on a cultural centre in Denmark.

Focusing on those seeking to leave for Syria to wage jihad, or those returning from the conflict, meant intervening “too late”, she said.

Jouriva said the EU instead wanted to promote prevention as a means of curtailing the steady flow of European nationals, looking at the diverse reasons of why people joined jihadist groups beyond simply religion.

British research had identified “a desire for adventure, boredom, dissatisfaction with their situation in life or a lack of prospects,” in those who had opted to leave their families behind and head for Syria, the commissioner said.

Another focus for the EU was speeding up the exchange of information between the police forces and court systems of member states, she said, with more intelligence sharing required.

The Islamic State, which rules a swathe of territory in Syria and Iraq it has deemed an Islamic “caliphate”, has attracted thousands of foreign fighters, many from the West.

More than 215,000 people have been killed in Syria’s four-year war, which is increasingly dominated by jihadist groups.

About 6,000 Europeans fighting with jihadist groups in Syria