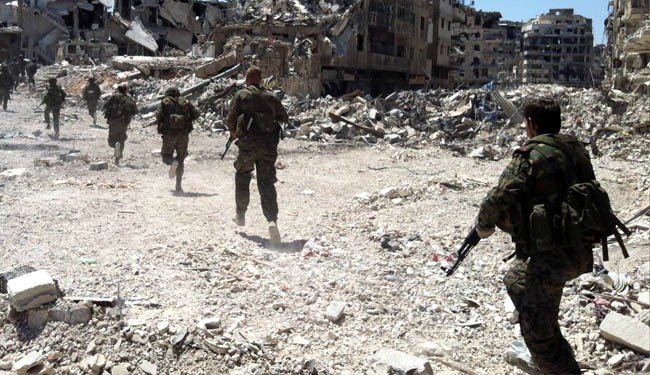 A Day of Killing in Syria’s Civil War

August 4, 2015 1:26 pm 0
Putin Faces Military Cuts Even as He Fights in Syria and Ukraine
House Calls for War Crimes Tribunal to Prosecute Assad, Allies
Beware of the Whispering Daggers

Yesterday was a pretty bloody day in Syria’s civil war with some 160 fighters who were killed on many fronts across Syria. The number does not include civilians caught in the middle or attacked deliberately by the Assad forces.

Yesterday was a day of killing in Syria’s civil war.

In Hasakah and Aleppo countrysides, 9 Kurdish YPG were killed in clashes against ISIS and 11 ISIS fighters were killed by U.S. led air strikes in al-Mayadin city and Deir Ezoor.

Assad is back using the same IED’s al-Qaeda used in Iraq to kill U.S. troops. His killed 2 fighters from Jund al-Aqsa in the Idlib countryside, which is almost under total controls of the rebels.

In addition, 12 rebels, with unknown citizenship and affiliation, were killed after clashing with the Assad regime forces and through direct bombardment, and targeting of their checkpoints.

On the rebels foreign side of things, some 17 non-Syrian fighters carrying the ISIS, Jund Al-Sham and Jabhat Al-Nusra banners were killed as a result of direct and targeted aerial regime bombardment.

On the Assad regime foreign side, 2 non Syrian militants and Iranian fighters were killed during clashes against rebel and Islamic units.

Syria’s civil war is a war of attrition where the Assad and the rebel sides are both taking a beating. So are the foreign fighters and mercenaries hired and recruited on both sides in a day of killing in Syria’s civil war.

A Day of Killing in Syria’s Civil War