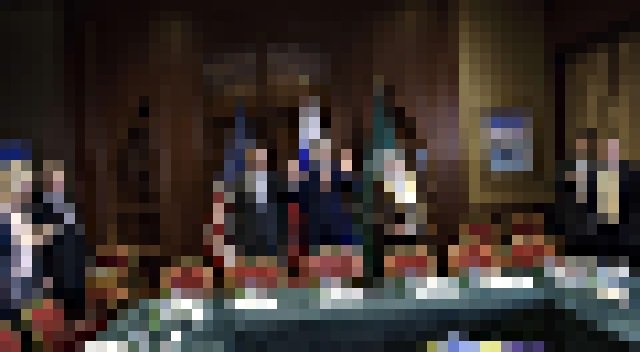 During a meeting with his Saudi counterpart Adel Jubair and Russian Sergey Lavrov, Secretary of State John Kerry made clear that Assad had no place in Syria’s future, and stressed the coalition’s commitment to supporting counter ISIS fighters on the ground.

If any believes Kerry is about to let go of Assad, then they are bigger fools than they think. The whole Iran deal was negotiated partially to save the Assad regime. Kerry will say anything to appease Saudi Arabia until the Iran deal is a sealed matter. In addition, since when Kerry has the bravado to condemn Assad in the presence of Russia?

According to an official statement issued by the State Department, Kerry met in Doha, Monday, with Lavrov and Jubair to discuss the ongoing conflict in Syria. It was the first tri-lateral meeting convened for this purpose aimed at appeasing and tricking Saudi Arabia.

In fact, Kerry will say anything to appease Saudi Arabia. The Iran deal is a lifeline to Assad. His new calls for a Syria without Assad is as fake as a three dollars bill.

The statement added “Kerry thanked the foreign ministers ?for their continued focus on the security situation in Syria. All three leaders acknowledged the dangers posed to the Syrian people by the rise of extremist forces and the need for a meaningful political transition to enable a unified fight against ISIL and other extremist groups, to include the important role played by opposition groups.”

Kerry reiterated the U.S. view that the Assad regime’s brutality against the Syrian people had helped foster ISIS’s growth and the presence of foreign fighters. Kerry will say anything at this moment in time to appease Saudi Arabia. His bet is on Iran, not the Saudis.

The leaders agreed to stay in touch and to continue exploring ways to achieve a political solution to the conflict in Syria, according to the statement.

“Moscow has stressed multiple times that helping Syrian opposition, let alone helping with financial or (military) technical means, would lead to a further destabilization of the situation in the country,” Kremlin spokesman Dmitry Peskov told reporters.

Are we the only ones to notice that the Russian position contradicts Kerry’s words with regard to Assad? This could only mean Kerry and Lavrov are coordinating secretly to trick Saudi Arabia into maintaining its silence over the Iran deal. By then, Iran would have access to tens of billions of dollars it could then use to target #SaudiArabia directly if it wanted.