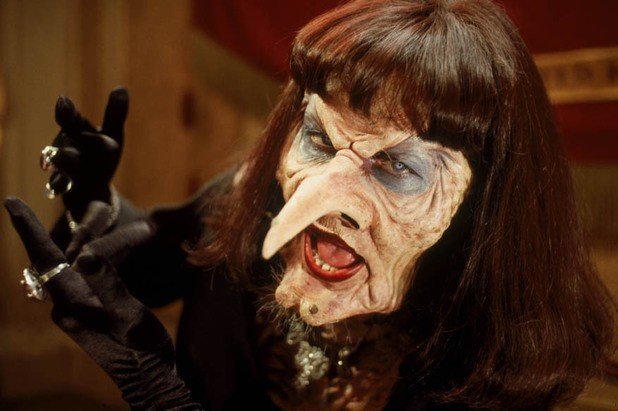 Satan is about to receive Sayed Hassan Nasrallah in hell with well-armed 72 hideous witches rolling the red carpet for him. The God he prays to decided to take sides with the innocent and helpless women and children Nasrallah killed during his Syria campaign. I believe that Nasrallah, whose literal translation is “The Victory of God”?, has been deemed more like His failure.

If you want to know how the war is going for Assad, listen to Nasrallah’s raging rhetoric. He is Assad’s propaganda-free thermometer. Yesterday, that thermometer gave us a clear reading when the self-imposed leader of the Lebanese Shiite community promised to quit Syria if Arabs stop meddling as well.

“If you want to prevent this region from falling into chaos that will not end for decades, stop the war on Syria,” Nasrallah said.

The sectarian war he and Assad started is not going all that well for both when Syrian women, known for their docility, threaten Hezbollah in the heartland of its miserable existence. Suddenly, it dawned on them that, in addition to some 8 million Israelis to the South, a sea they cannot control to their West, they also have to battle some 18 million Muslim Sunnis to their North and East with an enviable purse backed by Saudi Arabia. Good morning, Damascus!

Mr. Hassan Neanderthal, you should have thought about this before entering Syria.

Some analysts may see his speech as a pragmatic effort to halt the carnage in Syria while Assad is ahead. Before you agree with this line of thinking, consider the following two different angles that may be the cause for the Hezbollah panic.

First is the declaration by Arab diplomatic sources that the Free Syrian Army is about to receive a considerable cache of sophisticated weapons from Saudi Arabia to tip the balance in its favor. These weapons will halt the air superiority threat the Assad regime has maintained for almost four years causing grave and unprecedented damage to innocent people and buildings (Assad has yet to turn his jets against Islamic extremists in the North). These weapons, if delivered consistently, will eventually bring Assad and his thugs down no matter the support Putin and Khamenei lend to Assad.

Second is a report by MEMRI entitled “Iran Calls For Violent Shi’ite Reaction Against Saudi Arabia”, in which it details a new Iranian policy of publicly attacking Saudi Arabia, especially its intelligence chief Prince Bandar bin Sultan. Whatever Bandar is doing has the Iranians scratching their head with disbelief and anger, which is leading them to trust Syria is lost unless they exercise rudimentary deception techniques, such as delivering a hollow speech by a leader of an organization with the exceptional skills of surrounding himself with enemies wherever he goes. Was Khamenei too busy?

Besides the above, then there is a hidden factor few, if any, talk about, and which Nasrallah gave us a hint of in his speech.

“The people who died in these bombs – women and children, young and old – are just like our men who have been martyred in Syria. Is this part of the battle worthwhile? Yes it is worth it.”

Could this be a Shiite conscionable uprising against their leader for killing the innocent women and children? You bet it is. It shows that the Shiite community in Lebanon is an honorable one being led astray by men of violence. It also shows that the parents of those bereaving for their lost sons are not at all happy Hezbollah is meddling next door. Hezbollah was supposed to preserve the dignity of the Shiite community in Lebanon, not be a butcher of innocent women and children.

Do pray tonight for Nasrallah to meet the 72 hideous witches awaiting him impatiently.