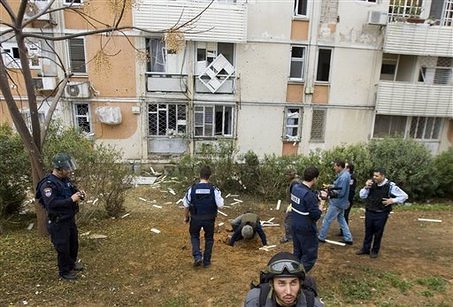 February 17, 2014 1:19 pm 0
President Barack Obama has on air meltdown over opposition to Iran nuclear deal
Saudi Arabia strikes back
While Barack Obama Naps Under a Tree

Apparently, the search for a site for the future library of Mr. Obama is underway. According to AP, Illinois and Hawaii are the only two contenders for this 44th Presidential library. Hawaii has never been selected as the site for a US Presidential library ever before, but Illinois is where Abraham Lincoln chose to locate his library operated by the State of Illinois, not a private foundation the mean by which most modern US Presidents prefer to operate their libraries. If Illinois is elected, the State will house both Lincoln and Obama?s libraries.

However, considering Mr. Obama’s understanding of world affairs mostly adopted by the books he read and the people he frequented as a rising student and community organizer, I thought I would add several other sites I believe Mr. Marty Nesbitt and Ms. Julianna Smoot, as the trustees of the Barack H. Obama Foundation responsible for this important American tradition, should consider.

These sites reflect the solid consistencies by which Mr. Obama’s tenure has influenced his foreign policy.

Of course, no US presidential library has ever been located outside the United States; however, since Mr. Obama’s roots and youthful education took place outside the US territories, I believe the idea should not be so far-fetched.

Mr. Nesbitt and Ms. Smoot should add Aleppo, Syria to their short list of potential sites and here is why.

First, land is really cheap, especially in the districts where Assad has been barrel-bombing the innocent civilians to include women and children. I personally know owners who are willing to offer their land for nothing in return for a Green Card to the US Mr. Obama can easily make it a reality with an Executive Order. Grant you, the land needs extra work, but imagine its potential for actually stopping the war in Syria, which often has eluded this president. Mr. Obama’s excuses with regard to Syria, none we heard when he enthusiastically interfered in Libya, would simply not apply.

To save his library, he now must save Syria and I am willing to bet the adjacent land I own that Obama would then find the excuses to interfere.

My second option is for the Barack H. Obama Foundation to acquire the property where the CIA officers died defending the US and turn it into his own presidential library; he then must assign Ms. Charlene Lamb, who was responsible for the security of the US Embassy and its annexes in Benghazi, to draw up plans to secure Mr. Obama’s library. Before selecting such a site, I believe Mr. Nesbitt and Ms. Smoot, who had nothing to do with Benghazi, should first consult with the families of Ambassador J. Christopher Stevens, Information Management Officer Shawn Smith, Glenn Doherty and Tyrone S. Woods to make sure they are in agreement with locating Mr. Obama’s library over some of the remains of their loved ones.

Let us hear their deafening “NO” for the American public to react to Obama’s lack of transparency. .

My third and last international site is Sderot, Israel. Security for the site will be provided by the Israeli Iron Dome I would assume Prime Minister Netanyahu would provide free of charge; and should Ms. Charlene Lamb be assigned the details of that security, she must first be re-trained by people who actually live in fear of terror 24/7 the way they do in Sderot or Aleppo. In fact, I think the US State Department should assign Aleppo, Syria, Benghazi, Libya, and Sderot, Israel as mandatory living quarters for a prolonged period of time for any US State Department official responsible for US security overseas. It is the only test that matters if you ask me.

Should the Foundation feel these sites are too controversial because they highlight Mr. Obama’s failure as a president, then may I suggest they consult with Mr. Putin. I think he has a site in Sochi he is dying to sell as a buffer zone between Sochi and Chechnya.