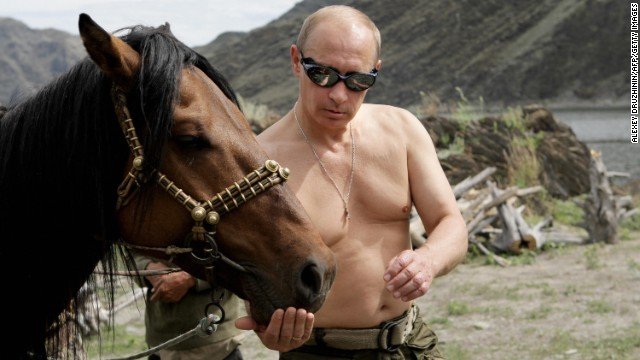 1000 Russian Muslims joining ISIS to fight in Syria and Iraq

The consequences of Vladimir Putin’s policy on Syria in defending a mass murderer who attracted terrorists like nectar to a bee is coming home to roost. His intelligence services just confirmed 1000 Russian Muslims joining ISIS.

With Obama re-engineering the region to diminish the U.S. footprint, Putin had every opportunity to shape an Assad-less Syria governed through consensus and participation as is the case in Lebanon. Both Obama and Putin missed their chance. The results before us speak for their lack of foresight and aptitude.

Below is an AP story that should give us pause describing 1000 Russian Muslims joining ISIS to fight in Syria and Iraq. Every nation participating in shoring-up Assad, whether directly or indirectly (Through the United Nations) will suffer the consequences of a Sunni rage to harm the region irreparably. As if we need more terror.

Much of the blame for the rise of the Islamic State and ISIS falls on their shoulders. Regimes like Assad cannot withstand the rise of the people to seek freedom from its tyranny even when it responds with extreme violence.

MOSCOW — A senior Russian intelligence official on Friday warned of the potential influence of the Islamic State group inside Russia, primarily among the Muslims in the North Caucasus provinces.

Russian federal forces have fought two separatist wars in Chechnya, which has become more stable under the watch of Kremlin-backed strongman Ramzan Kadyrov.

The Islamist insurgency, now largely dormant in Chechnya, has since spread to other North Caucasus provinces where bombings and killings of law enforcement officers have become almost a mundane occurrence.

General Sergei Smirnov, deputy chief of the KGB’s main successor agency, the Federal Security Service, was quoted by Russian wires as saying that the group is “beginning to infiltrate” terrorist organizations focused on operating in the North Caucasus. Several warlords of the banned Imarat of Caucasus have pledged allegiance to the ISIS, “a very dangerous trend,” according to Smirnov.

An estimated 1,700 Russian nationals have joined the Islamic State group to fight in Syria and Iraq, Smirnov said, adding that the actual figure is likely to be even higher.

Russian President Vladimir Putin’s envoy to the North Caucasus said last month that at least five militants who came back after fighting in Syria were killed in security sweeps last year.

In a speech to senior officials of the Federal Security Service, Putin said last month that one of its top priorities should be tracking Russian citizens who have left to fight alongside ISIS.

1000 Russian Muslims joining ISIS to fight in Syria and Iraq