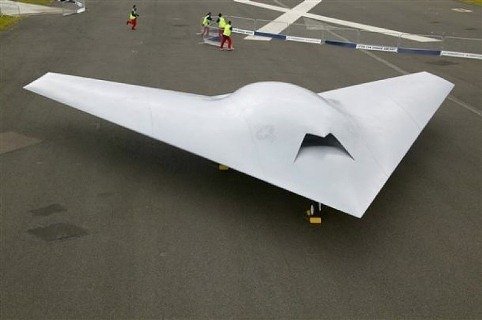 Who Wants Assad to Survive on His Watch?

November 10, 2011 11:10 am 0
Keep dreaming Assad
For Syrians to Upstage Assad, Israel Must Take Their Side
Why Would Russia Agree to Investigate Assad’s Use of Chemical Weapons?

In the last seven days, the Assad regime has bombed Homs to submission using heavy artillery, tanks, and anti-aircraft guns. How many people have died, have been captured, or have been injured but remain hiding in attics and safe houses is anybody’s guess. However, it would not surprise anyone if the Assad machine of terror is combing through the city, as we speak, killing more Syrians and hiding their corpses.

Who wants Assad to survive on his watch?

Hafez al-Assad and his brother Rifaat destroyed the city of Hama in 1982 using the same military tactics of surrounding the city and bombing it to extinction. No one knows the exact number of Syrians killed in Hama but estimates vary between 10,000 and 30,000.

Today, the son repeats history by bombing Homs, and once again no one knows how many people have been killed. Who wants Assad to survive on his watch?

The difference between the two cities lies in the fact that the Hama troubles were started by an isolated uprising organized by 200 armed members of the extremist Muslim Brotherhood; In Homs and elsewhere in Syria, however, the uprising has been peaceful and organized by the majority of Syrian citizens tired of living under oppressive barbarism.

We cannot defend the era of President Reagan whose watch witnessed Hama because of how massive the killing was; but I believe it took the Reagan administration by surprise because it only took two weeks to kill thousands. However, the Assad response to Hama should have been a cause of great concern to that era’s policy makers.

Today is another day with totally different circumstances. What is not different though is the history of the Assad family and its savageries. If thousands have been killed in Homs, we cannot excuse the Obama administration, given Assad’s history, for sitting on the bleachers watching innocent Syrians die without moving a finger to help them.

Many could ask the question: What does “moving a finger” really mean?

Syrians are not asking for military intervention, nor are they asking for billions in aid money or weapons. The simple truth is that if a No-Fly Zone is imposed on the Syrian regime, tens of thousands of Syrian soldiers will immediately defect to free their own country.

We all understand that a No-Fly Zone needs preparation and in the case of Syria it also requires careful implementation given that Russia may be protecting the Syrian air space with its advanced radar and missile systems.

Because a No-Fly Zone is an offensive military maneuver (Orders to attack violators are not subject to legal barriers anymore), one could assume that the stealthy drones in the US arsenal can also be used to protect the air space by bombing Syrian Air Force installations to hinder any sorties.

We are not experts on military technology or counter-defense systems but from the information available to the public only the US has been able to down one of its drones using laser weapons. Since lasers are not what we call an eBay item, one could assume that stealthy drones are safe over Syrian air space.

Who will help the Free Syrian Army then is an easy question to answer. Who wants Assad to survive on his watch?

In politics as in life, one either is more apt at making friends or at making foes. In the Middle East, no Arab regime has as many enemies as the Assad regime.

Consider only a partial history of its actions against Syrians, Lebanese, Iraqis, Turks, Israelis, Jordanians, Palestinians, and Americans and you will get a sense of how easy it is to demolish this anomaly of terror. Everyone wants this cancerous existence terminated.

And it is exactly those countries who will stealthily help the Free Syrian Army to rescue the country inch by inch. They will all be willing partners but they are all waiting for a signal from Washington, even if it originates from a Golf course.

To the politicians either keeping mum or finding excuses to justify their inaction, we say to them history will remember you as the western political leader who stood on the sidelines while people from another nation got butchered.

We let it happen once before in Darfur because China stood by Sudan. Let’s not let it happen again as Russia stands by Assad. No political memoirs will ever wipe this reality.

How to get Russia on-board? Stop helping the Muslim Brotherhood, not only Russia’s enemies but also Syria’s enemies and should be the west enemies if it understood what the organization stands for.

Who Wants Assad to Survive on His Watch?