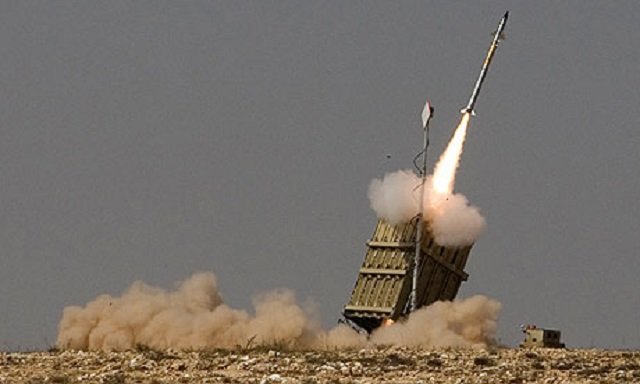 Who is Israel’s Number One Enemy?

The probabilities Iran is able to, and will, produce a nuclear device are much higher under this US Administration than any in the past. Military leaders must assume Iran has such a device, which makes Iran enemy number one in the eyes of strategy risk calculators whether they are in Saudi Arabia or Israel. At the same time, while Iran builds its program, Assad and Hezbollah are re-building their missile arsenal to threaten the region and especially Israel. Calm on the Golan? A Mirage. Assad is the lesser of two evils? Israel’s biggest weakness. Here is why.

Obama will not attack Syria and Iran even if the Iranian equip themselves to destroy Israel. However, Obama may have no choice but to attack a common enemy in al-Qaeda if they attacked the minorities of Syria or Israel after Assad is deposed or killed by a drone.

Naming Iran enemy number one and Assad “The lesser of two evils” publicly is the worst oxymoron invented. Ambassador Michael Oren has it right when he said it is better for AQ to win in Syria than Assad. .

So, who is Israel’s number one enemy? The military-weak AQ the US is willing to engage and whose weapons cannot possibly have the same impact to those Iran is equipping Assad and Hezbollah with but who is willing to attack Israel immediately? Or the one the US is empowering and whose capabilities can annihilate the State of Israel but has the patience to wait for the right moment? Kalashnikovs today or nukes tomorrow?

Israel has been playing both “number one” cards at the same time, Iran and AQ, at the expense of its real short-term enemy: The Assad regime.

Describing Assad as “The lesser of two evils” is giving Iran and Hezbollah a commanding height when in fact al-Qaeda is the lesser of the two evils even at the risk of AQ attacking Israel. If and when it happens, Obama will have no choice but to deploy the drones across Syria and Iraq, thus helping decimate the enemy of my enemy. Consider the benefits of an Assad-less Syria, which, in the long-term, means Hezbollah is cut-off and Iran is weakened.

Further, Saudi Arabia will take the fight to AQ to bring stability to Syria.

To save Israel from Iran, low level attacks by AQ against Israel may be a strategic blessing (As bad as this may sound). It will mobilize the US and it will force Obama to return to the region. Further, from a strategic perspective, it is like cutting off a tip of a frozen finger to save the whole arm.

Stop this nonsense of Assad is “The lesser of two evils”. Has anyone considered that because of the Yom Kippur War Assad father may have told his sons on his death bed “Never attack Israel unless you are certain you will win decisively”. Why the tens of thousands of missiles in Syria and Lebanon?

In the short-term, Assad is Israel’s number one enemy. After Assad, the world community will come to the rescue against AQ and Iran is weakened by cutting Hezbollah off.

Who is Israel’s Number One Enemy?