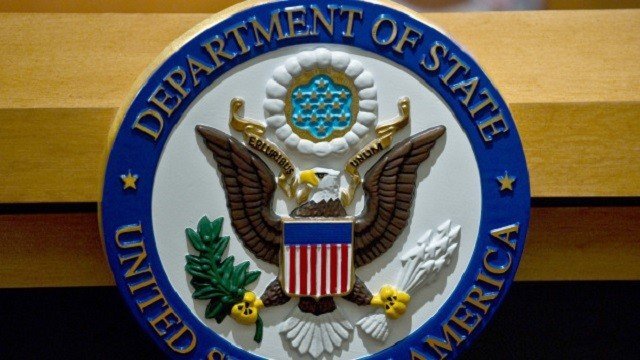 November 18, 2003 11:05 am 0
What Assad Fears is What the US Avoids Like the Pest.. Go Figure
Nuclear deal will make war with Iran more likely, former top military officials say in report
Pity the Russian People Led by Putin

Following is the State Department transcript:

QUESTION: Yes. Can I move on to a different subject?

QUESTION: Over the past two days, a gentleman with the name of Farid Ghadry — he’s a Syrian-American — and along with a number of other Syrians, held two-day meetings over here, opposition meetings for the Syrian opposition. And my question is: Did Mr. Farid Ghadry meet with any State Department official? Is the State Department familiar with a Syrian opposition conference being held in Washington? And he had a round of, you know, conversations at The Washington Institute and other places.

MR. ERELI: Let me ask our — ask the relevant bureau whether this gentleman had meetings with officials in the State Department. I’ll have to check into it for you.

QUESTION: Yes, and as a matter of policy, is the State Department, the Administration, encouraging Syrian opposition in some way? What sort of policy you have?

MR. ERELI: I think you’ll notice, without specific reference to Syria, that our officials, whether in Washington or abroad, meet regularly with representatives from across the political spectrum, and we do not confine ourselves to meeting only with government officials. We think it important to have a dialogue with the different political tendencies across the spectrum. So, without referring to this specific case, I would say, in general, this is something that we do and that we think is important to supporting democracy and political pluralism.

(end of transcript on Syria)