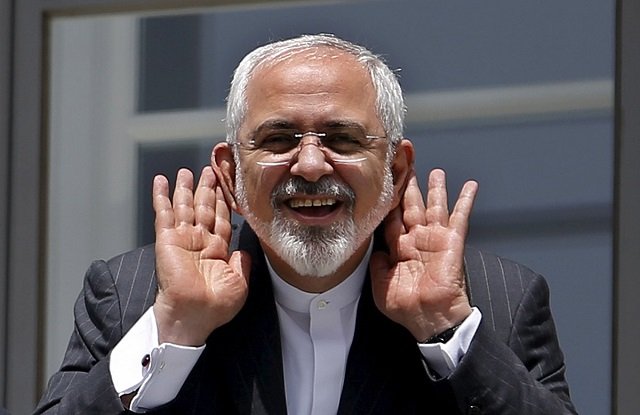 Source: Business Insider – by Amb. Dore Gold (Trusting Iran to Stop Terrorism is Like Inviting an Arsonist to Join the Fire Brigade)

Iran’s foreign minister, Javad Zarif, has written an op-ed in the Financial Times which sets forward a distinct sequence for ostensibly resolving the daunting security challenges of the Middle East.

First, the P5+1 – the group of powerful nations negotiating with Iran – should come to a deal over its nuclear program . As a result, he argues, Tehran will “open new horizons” and join “the international battle” against “the increasingly brutal extremism that is engulfing the Middle East.”

The idea that Iran is a partner in the fight against terrorism is not only disingenuous but also absurd. What Zarif is seeking is a leap of faith by his Western readers, who are asked to believe that a country which has been repeatedly identified as the largest state supporter of terrorism in the world will suddenly be altered by an agreement over its nuclear program into an ally against terrorism. He is asking the world to simply trust Iran that this transformation is about to happen.

There is no evidence that the trust Zarif seeks is warranted in any way. Iran operates globally through cells controlled by the Quds Force of the Islamic Revolutionary Guard Corps (IRGC), often backed by operatives of Hizbollah. During the nuclear negotiations, this network has not been reduced in size; it operates in some 30 countries and on five continents – Iranian-backed attacks have taken place in such diverse locations as Argentina, France, Austria, Bulgaria, Lebanon, Saudi Arabia, Iraq, India, Thailand and even the United States.

Indeed, in October, 2011, the US uncovered a plot by an IRGC operative to recruit members of a Mexican drug cartel to conduct a mass casualty attack in Washington DC aimed at the Saudi Ambassador to the US. Since that time IRGC activity has only intensified. Yet another Iranian terrorist cell was discovered in Cypus just last month.

Some in the West hope that since Iran is led by a Shiite government it can be recruited in the fight against Sunni extremism, including against the Islamic State (Isil) . This analysis often overlooks Iran’s proven willingness to cross the Sunni-Shiite divide to promote Sunni jihadism as well. Just after 9/11, Sunni extremists, including al-Qaeda, fled Afghanistan and sought asylum in Iran.

These included Abu Musab al-Zarqawi, the future commander of al-Qaeda in Iraq, which eventually became Isil. Iranian backing for Sunni jihadists, with arms and training, has extended to Hamas and Islamic Jihad as well as to the Taliban in Afghanistan.

A nuclear deal is likely only to intensify Iranian support for global terrorism for two reasons.

First, the lifting of sanctions on Iran will result in a windfall of cash for the Iranian treasury, which could reach $150 billion in the first year. As Iran decides which Middle Eastern insurgency to back with its IRGC units, it often has to establish priorities because it is operating under clear economic constraints.

These constraints will be removed as Iran obtains the wherewithal to fully fund and even expand its terrorist activity worldwide.

Second, in past decades, states supporting terrorism feared retaliatory operations by the West, such as the US attack on Libya in 1986. Deterrence could be created. But if Iran becomes a nuclear threshold state, as a result of its impending agreement with the P5+1, what are the chances that deterrence of this sort will hold? Iran will seek to act with impunity as the terrorism it sponsors acquires a protective nuclear umbrella.

Zarif is the last Iranian official who should talk about rejecting terrorism. Last January, he paid a highly publicized visit to Lebanon and laid a wreath at the grave of Imad Mughniyeh, the mastermind of Hizbollah terrorism, who was responsible for the attacks in the 1980s on American and French forces in Beirut, hijacking civilian aircrafts and taking international hostages.

Winston Churchill has been attributed with the saying that he refused to be impartial between the fire brigade and the fire. To take his distinction a step further, depending on Iran to fight terrorism is like making an arsonist part of the fire brigade. There is no basis for believing this will possibly work. Iran must unequivocally abandon its backing of international terrorism if it ever wants to rejoin the world community.

Dr. Gold is the Director-General of the Ministry of Foreign Affairs of Israel.