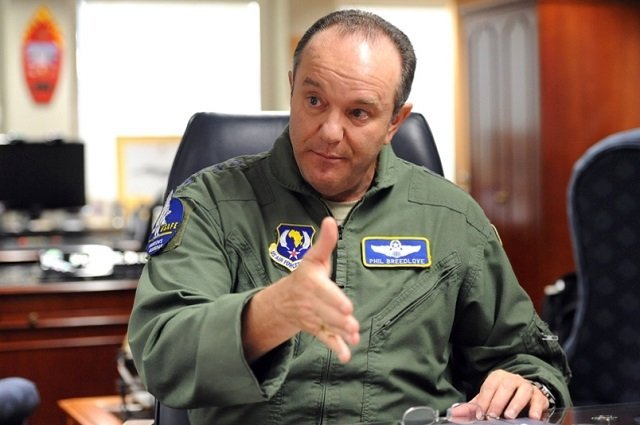 September 29, 2015 7:33 pm 0
Just do the opposite
The dirty war behind the wars
The SNC Unpopularity is Growing

While Russia’s stated goal in moving into Syria is to fight the Islamic State, NATO’s top commander believes Russia’s new presence includes the first pieces of an intricate layer of defensive systems deployed to hinder U.S. and coalition operations in the region.

“As we see the very capable air defense [systems] beginning to show up in Syria, we’re a little worried about another A2/AD bubble being created in the eastern Mediterranean,” said Breedlove to an audience at the German Marshall Fund Monday.

A2/AD stands for anti-access/area denial. During the early stages of warfare, A2/AD could have been a moat around a castle, or spikes dug into the ground—anything to keep the enemy off a certain swathe of territory. In the 21st century, however, A2/AD is a combination of systems such as surface-to-air missile batteries and anti-ship missiles deployed to prevent forces from entering or traversing a certain area—from land, air or sea.

According to Breedlove, the introduction of an A2/AD bubble in Syria would be Russia’s third denial zone around Europe. The first and oldest he said, was in the Baltics where the Russian naval base in Kaliningrad has robust anti-air capabilities. The second zone—originating from Russian-occupied Crimea—covers the Black Sea.

Breedlove went on to suggest that Russia’s presence in Syria had little to do with fighting the Islamic State and a lot to do with propping up Syrian President Bashir al-Assad, adding that the sophisticated air defense systems and other pieces of equipment—including aircraft designed for an air-to-air role—was a clear indicator of Russia’s intentions.

As of last week, Russia has more than two dozen aircraft at a newly renovated airfield in Latakia province, including ground-attack aircraft and helicopter gunships. In addition to the aircraft, there are at least 500 troops and number of tanks and armored personnel carriers.

Following Breedlove’s remarks, both President Barrack Obama and Russian President Vladimir Put addressed the United Nations General Assembly. There, Obama took jabs at Putin for his ongoing actions in Ukraine and Putin blamed the West for the chaos in Syria and their failure to cooperate with Assad.

“We believe it’s a huge mistake to refuse to cooperate with the Syrian authorities, with the government forces, those who are bravely fighting terror face-to-face,” Putin told the assembly.

Plan A, Plan B, or No Plan at All
The Complexities Involved in Liberating Syria
Hands Off Syria Arab League
Putin Terror 436