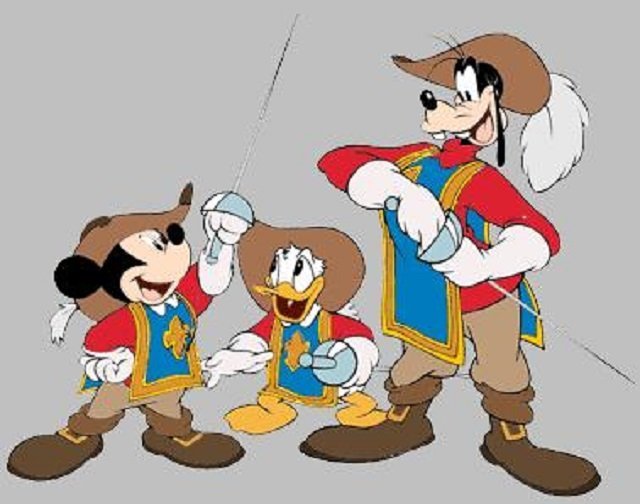 The Three Musketeers Huddled In the East Wing Kitchen

September 27, 2015 8:50 pm 0
How Long Will John Kerry Stand Behind His Promises?
Why Obama is ISIL dream recruiter
The Learning on the Job Arsonist

Every American who knows who Barack Hussein Obama really is also knows that there are three musketeers who decide every policy, every move, and every minutiae when it comes to executive decisions. They never meet in the Situation Room or the Oval Office or even on Air Force One.

The three musketeers huddled every night since 2009 – whenever the president was in Washington – in the family kitchen of the East Wing away from any noise.

Shortly after America realized how large Putin’s invasion of Syria was, the three musketeers huddled again in their usual place over a roast beef sandwich. The White House has already announced that the president would be meeting Putin at the U.N. on Monday.

Barack: “Vladimir is making me look bad. Why did he need to invade? I have done nothing to harm Assad. In fact, I helped him by refusing to arm the moderates opposing his rule.”

Valerie: “Assad was losing. Best thing to do is meet with him to know his intentions.”

Michelle: “Whatever you do, do not offend him. We want America to simply forget as quickly as possible Russia invaded Syria.”

Barack: “This looks bad. Really bad. I am losing the trust of the armed forces.”

Michelle: “Honey, I agree with Valerie. You need to meet with him and then spin the meeting the right way. Maybe you should start using ISIS like he does. America already forgot your JV remark anyway.”

Valerie: ‘The public does not know this. It should never know what Putin’s intentions are because you need to fashion your response around that ignorance.”

Michelle: “True. It matters little what Putin’s intentions are. What matters is that the American people do not know about them. You need to help him hide his intentions no matter how much harm they cause. Do you hear me baby?”

Barack: “I was hoping to play a round of golf on Monday but now I have to meet with this clown.”

Valerie: “It’s OK Barack. You need to show that things are under control. Talk to Putin on the side, he would understand that what’s important is the spin, not his intentions. He will help you find an exit for neither of you to lose face.”

Michelle: “Also, don’t forget to look concerned for the cameras honey. Fooling the public is the single most important part of your job.”

The three musketeers huddled in the kitchen of the East Wing to have this serious conversation about saving U.S. interests then retired for the evening.

The American people slept better knowing that Barack Obama told them he was in charge.

The Three Musketeers Huddled In the East Wing Kitchen

Operation Conveyor Belt
For Obama to act
See the Movie ‘Farewell’, Then Ask Who is Running America
Slippery Barack Obama 976