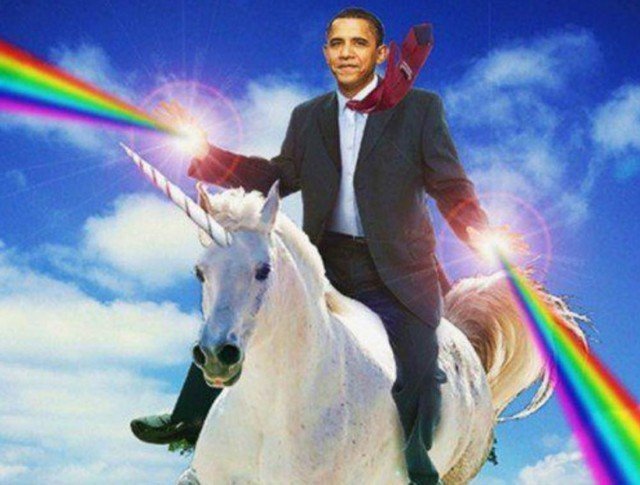 I’m always chasing rainbows, watching clouds drifting by / My schemes are just like all my dreams, ending in the sky.

The vaudeville song by Harry Carroll and Joseph McCarthy, popularized by Judy Garland and Barbra Streisand, is all too appropriate to this moment, as we consider the implications of a nuclear Iran and the prospect of mushroom clouds over the Middle East.

President Obama has been chasing a rainbow in his negotiations with Iran. He has forsaken decades of pledges to the civilized world from presidents of both parties. He has misled the American people in repeatedly affirming that the U.S. would never allow revolutionary Iran to acquire nuclear weapons, which would guarantee a new arms race. In fact, one has already started. Credible reports suggest Pakistan is ready to ship an atomic package to Saudi Arabia, the Sunni nation that stands opposed to Shiite Iran’s subversion throughout the region.

But Tehran is working across religious lines as well. Though Hamas is Sunni, Iran has sent millions of dollars to the terror group that controls Gaza to rebuild the tunnel network that the Israeli Defense Force destroyed last summer.

How far Mr. Obama is prepared to chase the negotiation dream is illustrated by the recent candor of his energy secretary, Ernest Moniz, a nuclear physicist who has been party to the negotiations. In 2013 the president answered questions about Iran’s ability to produce nuclear weapons with these words: “Our assessment continues to be a year or more away, and in fact, actually our estimate is probably more conservative than the estimates of Israeli intelligence services.”

Yet on Monday Mr. Moniz told reporters at Bloomberg a different story: “They are right now spinning. I mean enriching with 9,400 centrifuges out of their roughly 19,000,” he said. “It’s very little time to go forward. That’s two to three months.” How long has the administration held this view? “Oh, quite some time,” Mr. Moniz replied. The Bloomberg report suggests “several years.”

This stunningly casual remark was based on information apparently declassified on April 1. What is Mr. Obama up to? Why was he reassuring in 2013 when he knew it was misleading? Is the declassification intended to create a false sense of urgency?

Compare where we are today with the conditions Mr. Obama laid down two years ago. Referring to Iran’s smiling new president, Hasan Rouhani, Mr. Obama said: “If in fact he is able to present a credible plan that says Iran is pursuing peaceful nuclear energy but we’re not pursuing nuclear weapons, and we are willing to be part of an internationally verified structure so that all other countries in the world know they are not pursuing nuclear weapons, then, in fact, they can improve relations, improve their economy. And we should test that.”

So here we are at the end of the rainbow, seemingly willing to concede nuclear capacity to Iran, a country we consider a principal threat. No wonder Saudi Arabia and Egypt are insisting on developing equivalent nuclear capabilities. America’s traditional allies have concluded that the U.S. has traded temporary cooperation from Iran for acquiescence to its ultimate hegemony.

The sanctions that brought Iran to the negotiating table took years to put in place. They have impaired Iran’s ability to conduct trade in the global market. The banking freeze in particular has had a crippling effect, since international businesses will not risk being blacklisted by the U.S. and European Union to make a few dollars in Iran. Many of those who have studied the problem believe that if the sanctions were to remain, they would squeeze Tehran and force greater concessions.

There are no rainbows ahead, only menacing clouds.

Mr. Zuckerman is chairman and editor in chief of U.S. News & World Report.