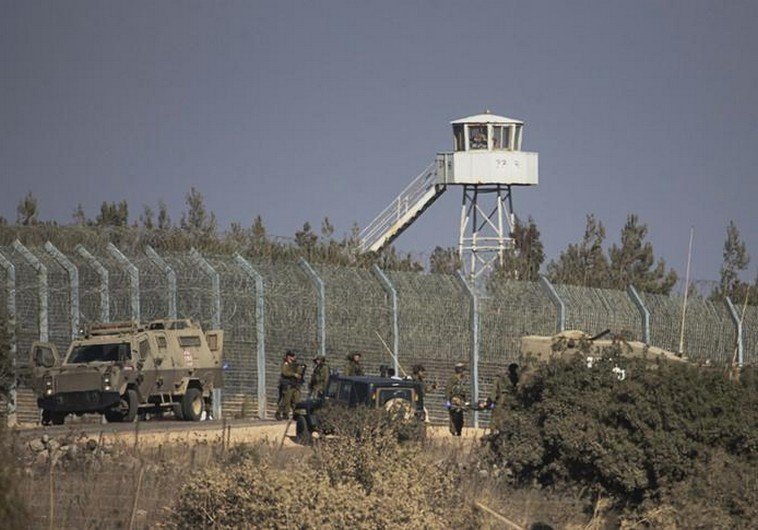 IAF killed 4 terrorists who crossed into Israel from Syria

April 26, 2015 4:49 pm 0
Which is Worse: Those who Permit Violence or Those Who Refuse to Stop it?
Islamist fighters seize Quneitra next to the Golan Heights
Military Intelligence foresees threats to Israel in 2015

Source: The Jerusalem Post (IAF killed 4 terrorists who crossed into Israel from Syria)

The IAF killed 4 terrorists who crossed into Israel from Syria and planted explosives near an abandoned IDF post on Sunday night said, a senior IDF source.

The source declined to say which organization the terror cell belonged to, saying it was too soon for such details.

The incident, which occurred at 21:30 in the northern Golan Heights near Majdal Shams, began when Combat Intelligence Collection Units identified four suspects planting the explosives on the eastern side of the border fence, within Israeli territory. The suspects were placed under a top priority observation for several minutes, before action was taken.

The IDF confirmed that the terrorists were in fact planting bombs, before ordering an air strike, the source said. “We could see them planting the explosives clearly,” he added.

At least three terrorists have been killed, and a fourth has most likely been killed as well, but that will be confirmed after day break on Monday, he added.

“The incident is fairly local, and is under control,” the source said.

He stressed that although the terrorists infiltrated into Israel, they did not cross the 110 kilometer border fence, which is within Israeli territory.

“We are continuing to carry out routine security missions in the North. Our evaluation for the coming days has not changed,” he added.

The IDF said in an official statement that it will not “tolerate any attempt to harm or violate Israeli sovereignty.” In January 2015, according to foreign-media reports, an IAF aircraft fired missiles at a military convoy in the Syrian town of Quneitra, on the Syrian side of the Golan Heights.

Mughniyeh was “the head of a major terrorist entity” who was setting up a base Syrian side of the Golan Heights with Iranian help and was planning deadly cross-border attacks against Israel, including infiltrations, rockets and border bombings, a Western intelligence source said.