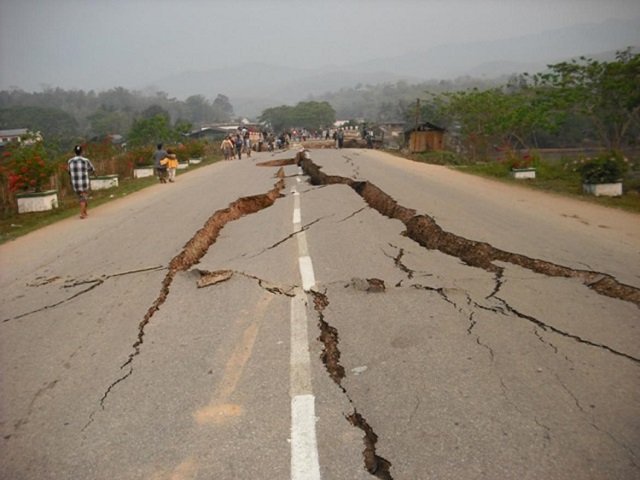 Over the last 2 years, we have been witnessing the US foreign policy on Syria unfold to today’s results of adding another group of extremists, Jabhat al-Nusra (JAN), to the list of “terrorist groups”.

It is safe to say that the US had but the most noble of aims when it helped the Arab masses dispose of their oppressive rulers. The methodology used is the bewildering factor.

We all remember when Assad terrorized the peaceful marchers in Syria who used to shout “Silmyeh, Silmyeh’, which means “Peacefully, Peacefully”. For their audacity, Assad rained on them bullets of hell as they marched with peace on their mind and as they buried the dead massacred for marching for peace. It shocked even those who believed the Palestinians sufferings have no limits. Before them lay the bare truth of what those Arab dictators are capable of in places like Syria, Tunisia, Yemen, Bahrain, Libya, and Egypt.

Maybe, now our readers may know why we believe Israel is a blessing in the region if you compare its political system to any Arab system, even though some will never admit this reality.

We all remember, as well, the courageous gesture of Ambassador Ford when he visited Hama to challenge Assad and to lend comfort to the bereaved (We believe this single act of diplomacy really set Ambassador Ford apart. It was, given the circumstances, a gesture for the annals of US diplomacy because it was least expected. Kudos to Ambassador Feltman as well for this brilliant idea).

We all know as well how little President Obama has done to arm or even assist on a humanitarian basis the Syrian people after passing himself up as a friend of Muslims. Instead of determination and resolve, Obama acted cautiously on Syria.

But acting cautiously to defeat an all-out regime of terror has its price. The price is more extremists terrorizing not only Syria, but the United States in the future as well. The right gestures, the right policy, but the most defunct of methodologies.

As Syria turned to violence on both sides (The Syrian people had no choice but to defend themselves), the fallout from “abandoning Syria” was to be expected. It’s really based on a very simple concept: If you help me when I need it the most, I will not forget it when you need me. It’s a timeless concept that Machiavelli addressed in general in The Prince by highlighting that the pragmatism of a minority must lead the idealism of the majority.

In our corner of the world, however, for those who know our culture, we suffer from a consistent short supply of pragmatism. Our laurels of victory depend on addressing any social shortcomings before we address reality. That’s why Nasser of Egypt and Assad of Syria declared they won the 6-day war against Israel in 1967; it was too hard to admit defeat because of honor, blame, and lack of the need for self-examination.

Forward to today’s molasses diplomacy being practiced by Obama with regard to Syria.

Caution, multilateralism, no President Bush imitations, avoid confrontation, and let time heal the difficult decisions are all the hallmarks of Obama‘s diplomacy. Add stubbornness and you have all the ingredients for disaster in a world where the Russians still want to avenge the humiliated defeat of Communism under Reagan. Add naivete and you have the worst formula, which in Syria has resulted from a rapid inflation of extremism it caught the Obama administration by total surprise that it had no choice but to act quickly to name Jabhat al-Nusra (JAN) a terrorist organization. No other such organization has earned the bragging rights to be named “terrorist” as fast as JAN had.

It’s a new HOV terrorist lane that Obama just inaugurated to repent for his mistakes on Syria.

But I dare say, it’s too little, too late. What Obama did by not coming to the aid of Syrians made all his pro Muslim speeches in Cairo, all his “the-US-made-mistakes-in-the-past” speeches sound to Muslims in the Middle East that Obama is worse than Bush because he imitates those Arab rulers they dislike so much. He tells you in your face the opposite of what he will do. Arabs, to a certain extent, preferred Bush and Cheney who at least were honest enough to know them even if some disagreed with their policies.

From an appeal for American help early-on during the peaceful marches that lasted one long patient year, to a warning by Syrian dissidents, published by David Keyes in Cyber Dissidents, that Syrians will remember “who their friends and who their enemies were” (referring to Obama‘s lack of even a humanitarian corridor to assist the hundreds of thousands who were fleeing Assad‘s terror), to today’s actual threats by organic as well as foreign extremists the Obama‘s policy on Syria set in motion the moment it decided not to come to the aid of Syrians like it did for Libyans.

Instead of friends in Syria, the US has more enemies just so Obama refrains from acting unilaterally as Bush did when US Interests were at stake. Maybe Obama‘s Nobel Peace Prize looks good on his desk but so far his legacy on Syria and its results look bad on paper.

Maybe that’s why Obama returned the Churchill bust in the White House to the British Embassy. He does not know how to sit and listen, after he speaks.

Maybe that’s why the British kept it at the Embassy because they know the US may ask for it back by a wiser President in the future.

Loading...
Newer Post
Obama Stands Blameless for a New Class of Extremists in Syria
Older Post
The Idiot Guide to the Syrian Revolution (in 6 Paragraphs only)