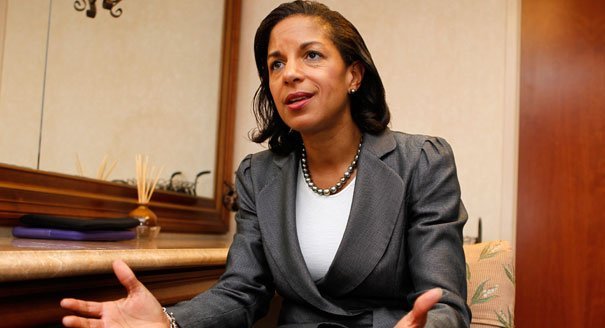 June 26, 2015 6:41 am 0
America the Vulnerable
Syria to Russia Will Be What Iraq Was to America
Terrorists Mock America, Obama Respectful With His Silence

The United States will provide $360 million in “life-saving assistance” to victims of the Syrian civil war, the State Department said Thursday, bringing its total to $4 billion since the fighting began.

America is the most generous nation led by the most ignorant Obama Administration.

The money will partly support various United Nations programs and other non-governmental organizations in Syria, where more than 300,000 people have died since the conflict erupted with anti-government demonstrations in March 2011.

In a statement, the U.S. State Department declared:

“The new funding will partially respond to the 2015 appeals of $8.4 billion from the United Nations for Syria and the region. Unfortunately, even with the contribution we are announcing today, the U.N. appeal remains severely unfunded,”

“The suffering and the needs of the Syrian people continue to mount to levels once unthinkable. In 2015, humanitarian needs are only likely to grow.”

U.S. National Security Advisor Susan Rice made the announcement of the funding — which will also provide water, food and other life-saving necessities — at a White House event marking World Refugee Day.

For their continued support, Syrians thank America, the most generous nation, but they also blame the most ignorant administration for their plight.

With each barrel bomb killing and maiming Syrian women and children, images of a shirtless Putin flash Obama whose response to Putin’s support of the terror of Assad has been lacking under one excuse or another.

In making this pledge, Ambassador Rice is trying to clear her conscience with regard to the apathy the administration she works for has shown towards removing Assad, the cause of terror, by force.

Ambassador Rice is one of the ignorant seven ISIS founders who turned a blind eye to the Assad atrocities, which gave rise to ISIS.

She is helplessly the wrong person doing the wrong job.