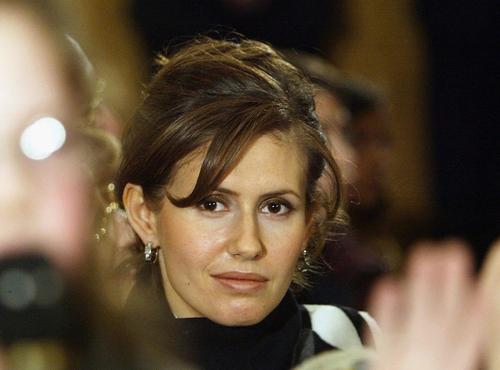 The Assad family embezzled $62 Billion from Syria. Between embezzling the state and extorting the Gulf countries, the Assads have managed to amass a huge fortune of $62 billion dollars which are in Asma al-Assad’s hands. This is according to a British Daily Mail article (Info published by NOW Lebanon).

Asma, Assad’s wife, lives off the $62 billion in London where she is taking refuge with her children. The Assad family embezzled $62 billion from Syria, and the media has been silenced to disclose the information. .

Assuming there was a 2 to 1 inheritance split with the two brothers getting one share for every half share the sister and the mother received (Muslim laws), then it is highly probable the real fortune left behind by Hafez al-Assad to his children was north of $120 billion if we take into account a 15-year present value calculation at prevailing interests rates (Hafez al-Assad died in 2000) and the Muslim inheritance laws.

On average, the Assads may have pilfered about $4 billion annually and this does not take into account any investment income generated from the pilfered funds previous to 2000. If you wonder why Assad gasses and barrel bombs civilians, you have also to ask yourself where can you find a job where you dictate to over 20 million people for a living and earn annually a hefty $4 billion in the process.

When The Guardian British newspaper accused the Assads of operating like a ‘Mafia Family’, its editors were right on target. Assad family embezzled $62 billion with no source but the Assad terror machine proves them right.

In fact, when Hafez al-Assad brother Jamil died in December of 2004, he left behind a fortune of $5 billion to his son Fawwaz hidden in Austrian bank accounts. After Jamil’s death, there was a strong rumor circulating that Maher al-Assad wrestled the funds from his cousin Fawwaz to add to his own fortune.

Whenever members of family fight over money, it is likely rumors are the truth.

At RPS, we believe this money belongs to Syria, not the Assads. After a long and devastating war, rebuilding the country using Western or Arab aid would be quite unjustified and unjust if these funds are not seized first for such a use. It would be ironic if every building Assad destroyed it would be rebuilt from funds the international community seized from his bank accounts.

Will such justice prevail one day? It will if the international community confronts the reconstruction of Syria and repatriation of millions of Syrian refugees in a far better fashion than it has confronted the Assad family.

Inside Assad’s Hospitals of Horror
Know your evil
Of Montaigne, Facebook, and Revolutions
Things That Matter 382