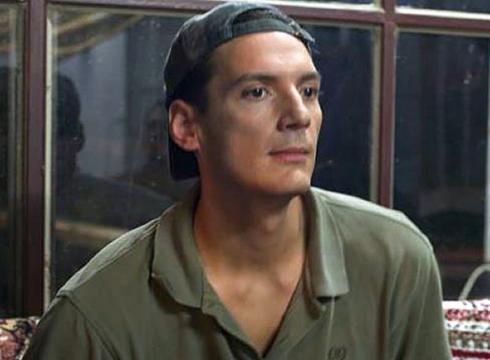 May 23, 2015 7:14 pm 0
Negotiating Austin Tice Freedom
Obama just sealed the fate of Tice and Sotloff
To Save Austin Tice

This is how U.S. intervention threats against the Assad regime could save Austin Tice if our president is serious about saving him.

Very few Americans realize the impact that American intervention threats could have on rogue regime. We are not talking about actual intervention, just the threats.

Their vital importance are exposed in a small snippet of intercepted Assad regime emails. That snippet, published by NOW Lebanon, highlighted the panic the Assad regime endured as it reacted to a simple Fox News poll.

This is how NOW Lebanon described it in a section entitled “The Fox Poll”:

In September 2011, a poll on Fox News’ website asking whether the United States should “get involved in Syria” evidently caused consternation in the House of Assad. On the 19th, Asma’s father, Fawaz Akhras, forwarded an email titled “MOST IMPORTANT / TOP URGENT. PLEASE CIRCULATE,” linking to the poll and urging recipients to “tell all your friends” to vote “NO,” noting that “unfortunately” votes for intervention were outpacing those against it.

It appears Bashar al-Assad himself may have voted in the poll several times, judging by the brief email he wrote to Dr. Suzanne Kuzbari, a geneticist friend living in Paris, forwarding Fawaz’s message on the same day, saying: “Again and again.” Kuzbari wrote back the same day in Arabic: “It’s as if the vote has been falsified.”

More than a month later, on 23 October, Assad again received the email urging votes on the same poll, this time from Asma [al-Assad, wife to Baschar al-Assad].

Assad himself may have voted several times in the poll against interference in Syria. There is no better way to describe panic in Damascus when the U.S. exercises its rights to intervene to bring order and stability.

Those same threats could help save Austin Tice if only Barack Obama would act. Our president, when it comes to kidnapped American victims in Syria and Iran, has been a permanent MIA. He refuses to use the power of his office to save Americans, which tells us just how little he cares about the kidnapped victims.

How intervention threats could save Austin Tice.

Mr. President, you need to threaten Assad with intervention if he does not free Austin Tice. He is too weak not to react to these threats except to comply.

How Intervention Threats Could Save Austin Tice