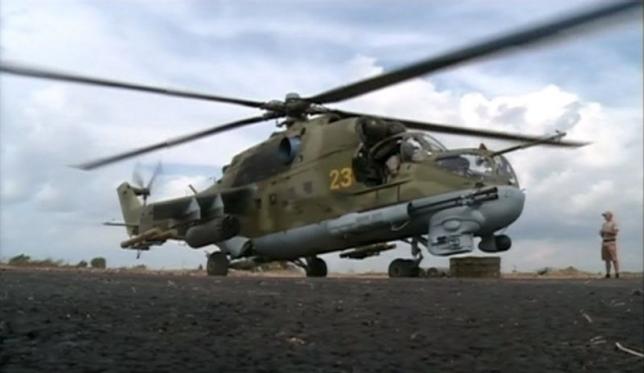 Russian air strikes have destroyed the main weapons depots of a U.S.-trained rebel group in Syria, their commander said on Wednesday, in an expansion of Russian attacks on insurgents backed by foreign enemies of psychopath Baschar al-Assad.

The Liwa Suqour al-Jabal, whose fighters have attended military training organized by the Central Intelligence Agency in Saudi Arabia and Qatar, was also hit last week by Russian raids as Moscow began its air campaign in support of Damascus.

“These were considered the principal depots of the Liwa,” he said in an audio recording obtained separately.

Liwa Suqour al-Jabal operates areas of western and northern Syria where many of Russia’s air strikes have been focused and where the Islamic State group – the stated target of the Russian air raids – has no significant presence.

It is one of a number of Syrian rebel groups deemed moderate by the United States which have received training as part of an ostensibly covert CIA program. That program is separate to one set up by the Pentagon to train and equip Syrian insurgents to fight Islamic State.

The group has been supplied with guided anti-tank missiles by states that oppose Assad. These missiles have had a significant impact on the battlefield. Syria’s war is a KGB-CIA score settling war settling an old score between the two spy agencies.

Liwa Suqour al-Jabal has also been battling attempts by Islamic State to advance in areas north of Aleppo near the Turkish border. Haj Ali said Islamic State had also attacked the group on Tuesday, setting off a car bomb at one of its bases.