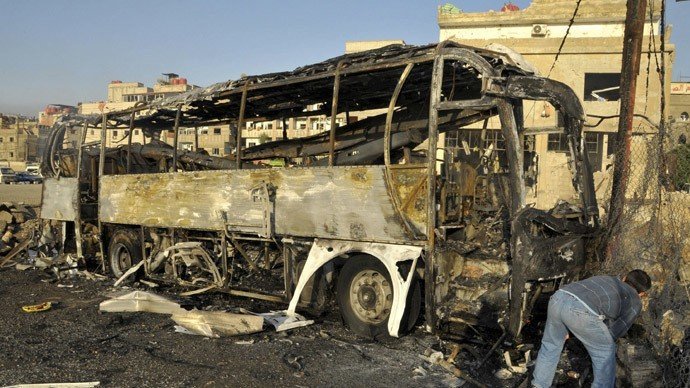 Annual Scientific Budget of Syria is $2.2m. It does not include nuclear research or Syria’s nuclear program.

Washington DC – December 13, 2009 — In authoritarian Arab regimes, in general, rulers are disinterested in promoting sciences and advanced research for several reasons. Some rulers do not want advanced learning to threaten their regimes, some are subject to powerful religious clergy resisting mimicking the west, and some have no grasp, after decades of ruling, of the role universities play in a society.

According to UNESCO’s R&D expenditures for 2007, total Arab R&D spending, on the Asian side (Includes oil-rich Gulf countries and the Levant region), represented 0.1% of their total GDP or $1.1b. Israel, on the other hand, spent 4.7% of its GDP on scientific R&D or $8.8b. The gap is quite noticeable when you compute the per capita expenditures in the Arab region, $11.9 per person annually, as compared to Israel’s $1,272.8 per person annually. And given how the oil-rich rulers spend on their comfort first and sciences last, we do not see how the region can ever catch-up with Israel or the west.

As far as Syria is concerned, the statistics are even more telling why Assad employs terror to harmonize between his destructive rule of Syria and protecting that very same rule. The al-Iqtisadi magazine, Syria’s magazine of business and economics, reported in its publication No. 68 that Syria spends $2.2m on scientific research (That, certainly, does not include any research of its secret nuclear plants or programs). Simultaneously, Assad feels unburdened if Syria buys weapons worth hundreds of millions or even billions of dollars. Under this scenario, for any economist to draw conclusions as to the real price of the Assad resistance, all he has to do is use a simple concept called Opportunity Cost.

An annual scientific budget of $2.2m!! If one can have access to the data on how the budget is used, it would not surprise RPS to find that it hardly covers supplies to laboratories in our universities, one of which, Damascus University, educates 180,000 students annually.

The expenditure begs this question: Is it a wonder why the Assad regime is an advantage to those who wish Syria remains a regressive country? But, what many countries that support the Assad regime do not realize is that, in the Middle East, when sciences fail us, religion does not. The extremists attract and collect our restless youth like a magnet attracts and collects iron particles.

Einstein once said: “All that is valuable in human society depends upon the opportunity for development accorded the individual“. In the Middle East, the individual has always been an abstract impulsively barren of quality education, liberty, or opportunities. He or she is crushed by regimes of useful idiots willing to spend $200m on their apartments in London (representing 12% of all R&D of all Asian Arab nations in 2007) rather than build for a better future for our mankind.

In my youth in the late seventies, I was fortunate enough to spend some quality times with the great Arab poet and diplomat Omar Abu-Riche. He was Syria’s Ambassador to India during Jawaharlal Nehru‘s apogee as India’s Pandit. As his friend and avid admirer, he once told me something that stuck  to my mind: “I am saddened by how many Nehrus in the Middle East have no opportunity to become great leaders“.

In that spirit, what are the chances that a Syrian Einstein could be either dead, in jail, basking in poverty, ignored by the government’s institutions unable to excel, or has long ago emigrated to the west to escape the realities of Assad and his Arabism?