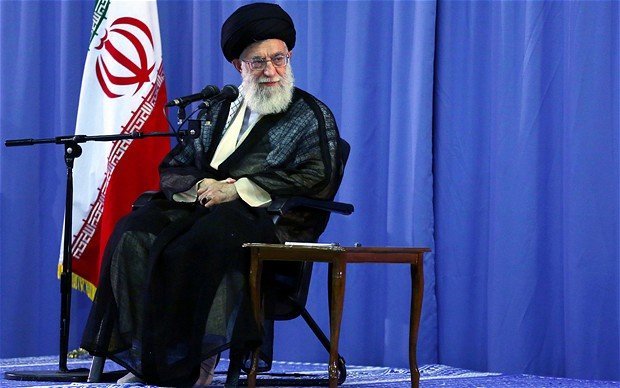 October 21, 2013 9:38 am 0
Defending for All or Killing for One?
The SNC Unpopularity is Growing
This Is Not the Syria We Are Fighting For

A story surfaced last Friday to the effect that Mr. Obama is considering giving Iran access to billions of dollars in frozen assets in return for cooperation to end uranium enrichment.

Instead of squeezing the Mullahs to perish, this President would like to see them flourish and prosper while knowing the risks of a nuclear Iran will continue to haunt the US foreign policy as long as Khamenei, or his ilk, are in power. Would you release Charles Manson from prison in return for a promise and a song?

Some of the funds to be released to Iran will find their way to the Assad regime to continue its genocide, which feeds Islamism and more terror. Oh, I did not think of that says the community organizer. Actually, I think you did.

As I said before, this President is playing a dangerous two-faced game, which on one side shows him to be a friend of Israel, but in reality, his policies and actions are to surround the State of Israel with enemies. He has three years to extract a forced Israeli-Palestinian peace agreement from the Israeli Government and he is now using Iran to put the screws on after he failed in Egypt.

Many would dispute such far-reaching theory. Many would say that White House limitations, transparency, and a system with too many checks and balances could not possibly permit this far-reaching bender, breaking ball. This may be true if this White House was fully transparent and the checks and balances in place can protect against a President intent on getting his way. We still do not know what truly happened in Benghazi, who ordered the IRS targeting of the Tea Party groups, and why the system failed at the Justice Department. If it is as murky at home, what makes you think we don’t have an ObamaScare overseas?

In addition to funding genocide in Syria, the billions Mr. Obama is willing to unfreeze will solidify the Mullahs chokehold on the Iranian people. Tyranny in Iran and a civil war killing civilians in Syria are side distractions this President does not want to address, nor does he want to deal with the outcome of his policy that saw waves of Jihadists, Salafis, and Islamists make Syria their final and only destination. Again, those Jihadists could squeeze Israel one day if Assad falters.

Trial balloons, or leaks, are attempts to test the public reaction to a decision the polls fail to pin down conclusively. However, because this White House is infamous for its endless leaks, this particular one to unfreeze Iranian assets is sending signals to the Mullahs of one’s intentions to drive them towards conformity and affirmation.

In the case of Iran, the President is telling the Mullahs “I am unfreezing $50 to $75 Billion, so help me here by giving me a reason regardless whether you honor it or not”. It is the tail wagging the dog because the agenda is so dark and so evil, Mr. Obama needs all the help to realize it without giving away his secret.

Those who argue this President is intent on keeping America peeled from international conflicts, which is driving his policy on Iran and Syria, must explain to me the Libyan liberation from Kaddafi and the extensive Drone wars the President has conducted without any references to this excuse. One cannot continue flipping a coin to get the result one wants.

The foreign policy of this President is so dangerous that I believe America will be paying dearly, for generations to come, what Mr. Obama has committed himself to do. The Jihadists flowing into Syria, the empowerment of the Muslim Brotherhood, the neglect to protect US interests even when our diplomats are killed in vain, and his latest of releasing Iran to release its radiation upon the region are just few examples.

Anyone who believes Iran will not cheat or derail the process to verify its actions is a nincompoop. By then, even if the funds are released based on a timeline of verification, do you really think UN inspectors can outsmart the Iranians? And even if the US squeezes again, the laws of diminishing returns tell us we have to wait a long time before sanctions begin to harm again.

Mr. Obama can prove my theory wrong by insisting that all the inspectors appointed to monitor the Iranian enrichment program are Israelis. Sons and daughters to Holocaust survivors. Iran objecting means no unfreezing of assets.

It is not about Iran meeting its obligations. This President wants to force Israel to submit to his will and to force peace by its throat. ObamaCare at home, ObamaScare abroad.

Meanwhile, Assad snipers are killing Syrian pregnant women, Assad armies are starving children and women, and the Assad Air Force is carpet-bombing civilian districts knowing well President Obama is protecting the regime from any outside pressure and is refusing to send weapons to the opposition because he wants Assad to win. “Assad must go” was a joke, and so was his threat to bomb the Syrian regime whose real aim was to drive a process by which he can replace Egypt with Iran.

Remind me never to vote for anyone who graduated from an Ivy League College, whose friends raise eyebrows, and who grew up without a father. Those are the angriest with a talent to hide it.

Do Not Write Your Memoires Before Obama Writes His
Let Us Do Our Job
Defending for All or Killing for One?
Slippery Barack Obama 976 Syrian Revolution 1335