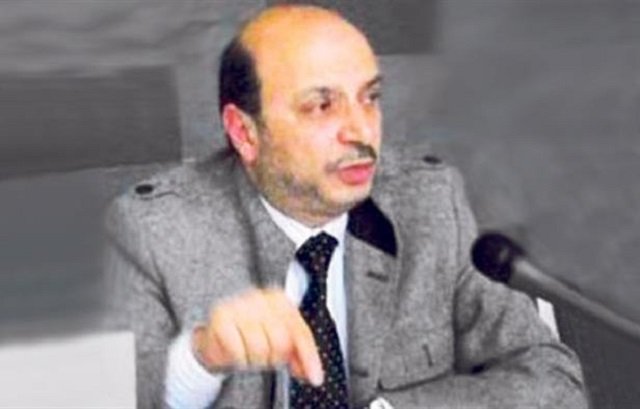 TFS Note: Will Saudi Arabia trade Yemen for Syria? Is this a Russian plan to appease and isolate Saudi Arabia to its own detriment? Divide and conquer is what Russia does best.

Al-Akhbar reported Friday morning that Russian President Vladimir Putin brokered the sit-down between Mamlouk—who is one of Assad’s top advisors—and Prince Mohammad, who also serves as Saudi Arabia’s defense minister and is the son of King Salman.

Russia then proceeded to fly Mamlouk to Riyadh, where he held an ice-breaking meeting with Prince Mohammad in which the two agreed to keep the newly established channel of communication open.

According to the report, Mamlouk appealed for Saudi Arabia to change its policy on Syria, while the Saudi deputy crown prince voiced Saudi fears over Iran’s rising influence on the Assad regime.

The report in Al-Akhbar mirrored an account published last Thursday byAs-Safir—another leading pro-Damascus Lebanese daily—which said that Russia was working to open talks between Riyadh and Damascus, with Mamlouk serving as an envoy.

Syrian regime and Saudi news outlets have made no mention of the reported meeting.

The Lebanese daily reported that Putin had broached opening the Damascus-Riyadh line of communication during his June 19 meeting with Prince Mohammad, who assented to the proposal.

Al-Akhbar claimed that Prince Mohammad had agreed “albeit reluctantly” with Putin’s assertion that the Syrian regime could not be toppled militarily, paving the way for an unprecedented meeting between top officials from the arch-foes Riyadh and Damascus.

“[Putin] proposed a quadripartite anti-terror alliance uniting Syria, Saudi Arabia, Turkey and Jordan. Iran was excluded because the Russians were keen not to provoke the Saudis,” Al-Akhbar reported.

Although Syria’s foreign minister poured cold water over the initiative in a press conference, the Lebanese daily said that Assad agreed to the Russian proposal and it remained a secret between Assad, Muallem and Mamlouk.

“Russian intelligence was tasked with maintaining contact with Mamlouk until the idea came to fruition,” Al-Akbhar added.

“Another call [then] took place, in which the Russians relayed the Saudis’ condition that the meeting [with Mamluk] should be held in Riyadh, and Damascus made no objection.”

“Within a few weeks a Russian private plane… landed in Damascus International Airport and took Mamluk to Mohammad bin Salman’s office in the Saudi capital.”

During their sit-down, Mamlouk appealed to Prince Mohammad for Saudi Arabia to change its policy regarding Syria, saying that Qatar was unduly influencing Riyadh, according to the Al-Akhbar report.

The Lebanese daily said that during the sit-down Mamlouk thanked the Russia for its “noble initiative” and expressed his regret that “communication between our two countries [Saudi Arabia and Syria] now requires mediation.”

Syria and Saudi Arabia, as well as Egypt, have always been “influential in the Arab system, and our relations were always good,” the Syrian official reportedly told the Saudi deputy crown prince.

The report went on to cite him as attributing “full responsibility for everything that has happened in Syria” to Saudi Arabia, before accusing the Kingdom of submitting itself to the will of Qatar’s ruling elite.

“Saudi politics has always been marked by wisdom and rationality, so how can you let yourselves be led by Qatar’s sheikhdom, which has played a subversive role in Tunisia, Libya, Egypt and elsewhere.”

“Who is Qatar to run Saudi politics and Arab politics?”

Al-Akhbar added that Mamlouk had told Prince Mohammad Damascus has cooperated with Riyadh “on many issues, especially in Lebanon. This even continued after our dispute following the assassination of former Premier Rafiq Hariri.”

“Despite your responsibility for everything that has happened in Syria, we have not attacked the Saudi state in our political and media actions.”

“Our situation in Syria is strong. Undoubtedly, reports have reached you about the Syrian army’s advances at many locations.”

“I hope that you will change your view and the way you are dealing with what is happening.”

The Saudi deputy crown prince, in turn, voiced his fears to Mamlouk that Iran was exercising too much influence in Syria.

Addressing tensions between Syrian and the Kingdom, he explained: “Our main issue with you, for some time, has been that you let yourselves be led by Iran, which is involved in a large [scale] conflict with us on the level of the [entire] region.”

“In Lebanon you allowed yourselves to be led by Hezbollah, which is aligned with Iran, and wants to control Lebanon and turn it in to an Iranian protectorate,” Prince Mohammad reportedly added.

“May this meeting be an opening for us to listen to one another.”

According to Al-Akhbar, the two parties agreed to maintain communication but did not set a date for another meeting.