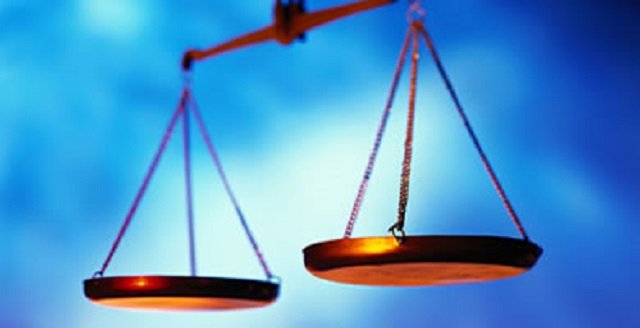 Michael Doran has an article in Mosaic in which he analyses Obama’s intentions driven by his Iran deal. Doran’s conclusion is summarized in this paragraph:

In Obama’s eyes, [Iranian] containment is a fool’s errand, and continuing to treat Iran as a pariah will simply ensure that it will never help us damp down Middle Eastern turmoil. To him, therefore, the nuclear deal is not an end in itself; it is a means to the larger end of a strategic partnership that will conduce to his sought-for “equilibrium” in the Middle East.”

Doran goes on to refute the agreement as it is constructed.

Let us assume for a minute that Obama’s high-risk gambit is indeed to cajole Iran into growing up and into a behavior worthy of American respect.

Let us assume for the time being that Obama’s high-risk gambit is not as sinister as we believe it to be, which is to harm U.S. allies in the region as payback for his anti-Americanism.

Let us assume for a moment that Obama’s high-risk gambit has nothing but the best intentions when Obama has signed a bad deal that gives away the house in return for delaying the breakout time for an Iranian nuclear bomb, which incidentally rests on the notion we could trust Iran to respect the deal.

In any agreement negotiated between two parties, there are methods and then there are goals.

The methods are based on knowledge of the other party, its motives, inclinations, strengths and weaknesses. In that regard, Obama’s methods have failed miserably to understand the real motives of the Iranian side. As an example is Obama ignoring chants of “death to America” as simply fodder for domestic consumption. That the Mullahs truly hate America, which will shape any agreement into an inclining Pisa Tower defying gravity and reason has simply not crossed the minds of Obama’s national security team.

Then there are the goals, which are based on some appraised logic of success. Failure to achieve the goals are calculated for their costs/benefits ratios. “Are the risks of Iran terrorizing the region, in addition to a high probability of cheating on its nuclear intentions, worth the rewards of the possibility of a delayed breakout time to build a bomb?” is the most basic of questions that must be answered. Obama is basing his goals on stubborn intent and hope; the stubborn intent to sign the Iran deal and the hope Iran would simply behave because he believes it would.

What happens if Iran fails to behave? What happens if Iran ignores Obama’s high-risk gambit after its grandiose payday and all the sanctions are lifted? Ali Khamenei has already declared Iran will not roll back its support for Assad, Hezbollah, Hamas, and the myriad of other terrorist proxies. These are the questions that a robust cost/benefit analysis would answer. Obama’s high-risk gambit cannot be based on human wishes and hopes.

If Iran ignores Obama’s high-risk gambit after it is signed, there may be unsatisfactory, delayed and contentious repercussions if we can point to their duplicitous behavior. If Iran continues to terrorize the region using the funds Obama’s high-risk gambit delivers to them, what are America’s options then if a war is out of the question? By then, it is too late to sing the blues. The damage has been done.

This is the part that no one seems to be able to answer at the White House. What if you are wrong Mr. President? What if Iran attacks Israel using its many proxies in Syria, Lebanon, and Gaza? What will you do Mr. President? Will you go to war?

This is the part we should pin the White House to answer clearly in order to awaken the American public to the bad possibilities Obama’s high-risk gambit may produce. And even if Obama’s promises and commitments fall short the way they fell short on his Syria’s red line, at least the questions would begin the process of unraveling the costs and the benefits of Obama’s high-risk gambit to America.

We are willing to bet that no one at this White House has constructed a cost/benefit analysis that would answer the question “what if the president is wrong?” because there is a supreme ideology that is driving every decision-making in the smallest circle of people running this country.